Mississippi State and adidas revealed their snazzy new Egg Bowl uniforms last week, but it appears as though that wasn't the full reveal. Check it out:

Here's the rest of the uniform, in case you missed it: 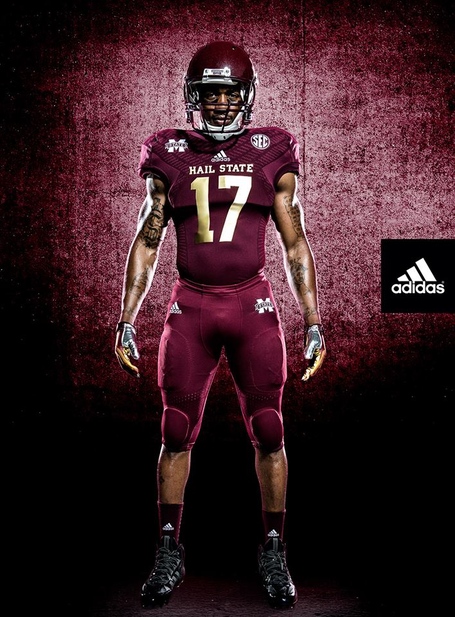 What do you think? Seems like they may clash a bit with the rest of the revealed uniform, but it will probably be fun to watch in action. And they'll match the Egg Bowl trophy!