Four scores and seven dekes ago ...

As a fan of a team that has recently unveiled some confusing patriotic uniforms to be sold for charity ... I'm still kind of bewildered by this.

That's the Bakersfield Condors of the ECHL. The first confusing thing is how a league once known as the East Coast Hockey League ended up with a team in Bakersfield, Calif. (No, the league is no longer called the East Coast Hockey League -- it's just the ECHL, in the same way KFC changed from Kentucky Fried Chicken on account of their chicken not being chicken.) Secondly: why is a team from Bakersfield taking a moment to honor the 150th anniversary of the Gettysburg Address? I mean, sure, great moment in American history, but, completely random.

Third, why are they doing it ... you know ... like that? You couldn't even get rid of the little Bud Light swatch? You have Lincoln next to Bud Light?

They do get props for Lincolnizing their Condor: 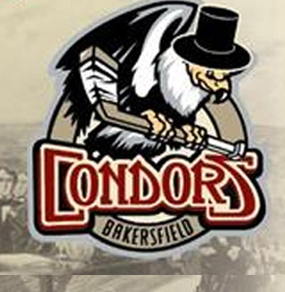 Seriously, though, as convoluted as the thought process is, money for charity wins.