The next time a college football coach complains about all the time he spends on recruiting, simply show him this Virginia coach's letter.

The Virginia Cavaliers have commitments from two five-star 2014 prospects. Mike London's staff is clearly talented at recruiting. Their secret? Play it cool.

So i opened this letter from coach london and I'm not really sure what it means haha. This is a new one coach L #UVA pic.twitter.com/IoydqDAs5j

Update: The tweet's been deleted, but here's the original picture: 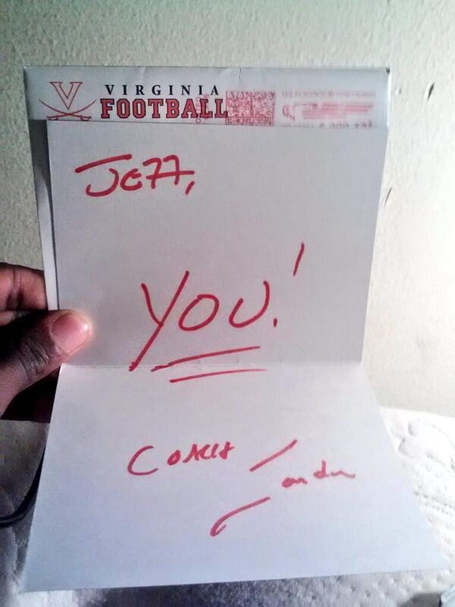 Previously, we tried to quantify just how much a "You're a Baller" letter is worth.