Queens Park Rangers and Leicester City were set to play one of the more important matches of the Football League Championship season -- the teams entered the day in first and second in the second tier of English soccer, which would leave them in line for promotions to the top-tier Premier League at the end of the season -- but a squirrel had other ideas:

A Squirrel pitch invades at Loftus Road today, causing the match to be stopped.. pic.twitter.com/olVmourJaq

The match had to be stopped for five minutes, leading to some great pictures in our photo tool: 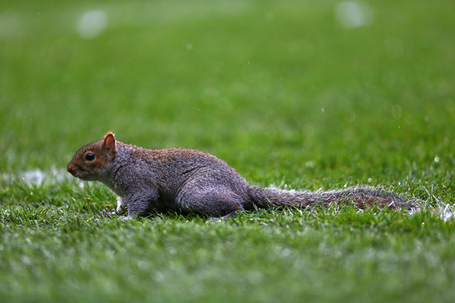 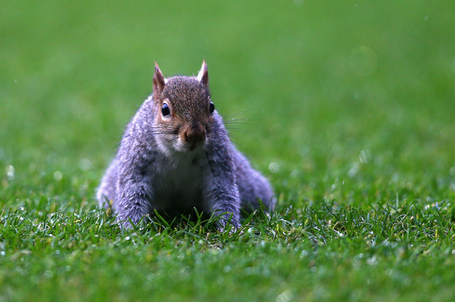 Eventually, striker David Nugent of Leicester was tasked with chasing the little bugger off: 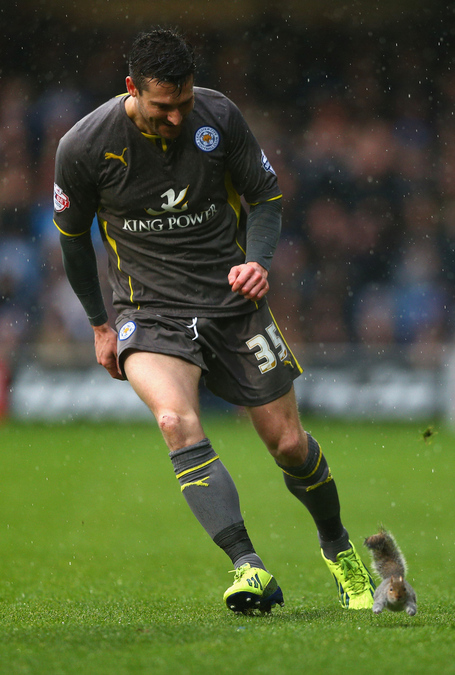 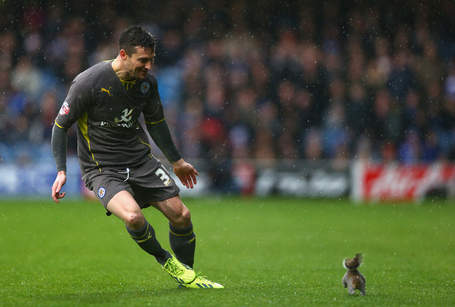 He does seem to be enjoying the task, doesn't he?

Leicester would go on to win 1-0, tying the teams on top of the table.

There appears to be a bit of a squirrel problem in West London, as this is the second time QPR's pitch has had an invasion. This picture is from last March, when the team was still in the Premier League playing against Everton: 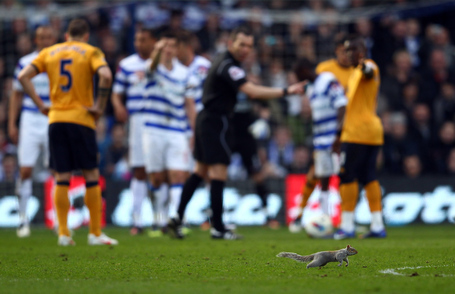