Peyton Manning takes football very seriously. Still, he's not so wooden that he can't take time for a practical jokes on his teammate Eric Decker. In fact, it looks like he takes his jokes as seriously as he does his Buicks and Outlaw Country.

Manning sent Decker a phony bill for $3,200 for their offseason work at Duke this week. 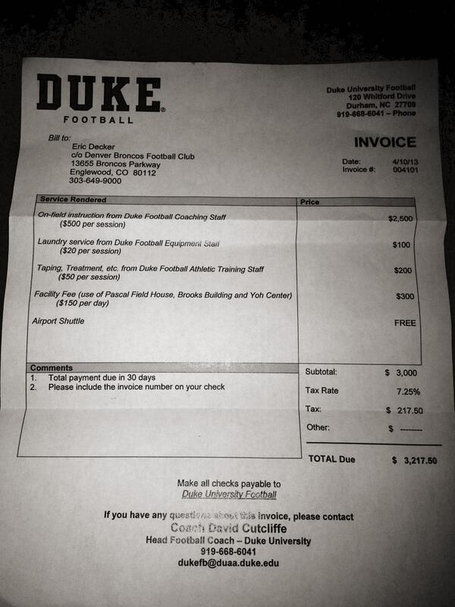 Someone had to work up and print out a fake invoice for this to work. That's some serious comedy hijinks.

Decker knows a thing or two about zaniness himself. He made a video featuring himself as a panty-sniffing hardware store manager and his wife with an even weirder obsession.