Papa John had fun at the National Championship

Papa John was at the Louisville-Michigan game and hooo boy was he enjoying it.

Share All sharing options for: Papa John had fun at the National Championship

So this photo is making the rounds, and it's amazing: 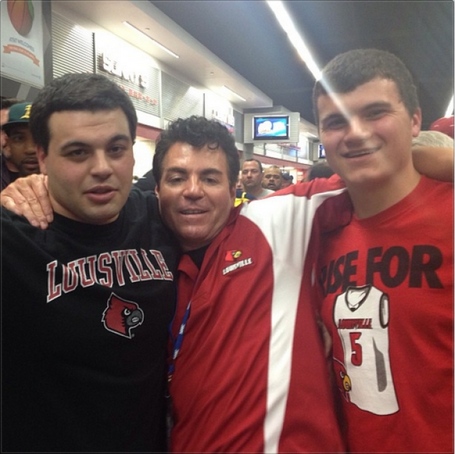 That's John Scnatter, founder of Papa Johns. And boy does he look hammered. He's the focal point in this image, but I want to point out a few things going on around him. First, this man:

He's passing by, sure, but has that "Man, the pizza guy is craaaaazy drunk" look. This man is all of us upon seeing the photo.

These man were further away, but were caught creeping. They, like the first man, look dumbfounded by the situation. It's like the man in the back trying to process the millionaire being held up by two friends situation going on in front of him.