Indiana's new helmets might be a little too much for you to handle.

The young man hits the deck at the 30-second mark and remains there for at least 11. A teammate nudges him with his foot at one point, but not with excessive concern, as spending time face-first on the floor is a common reaction to Big Ten sports.

And what caused such a reaction? Indiana has new football helmets.

Such as this helmet, which deploys a visual reference to Indiana's state flag, a fine enough flag: 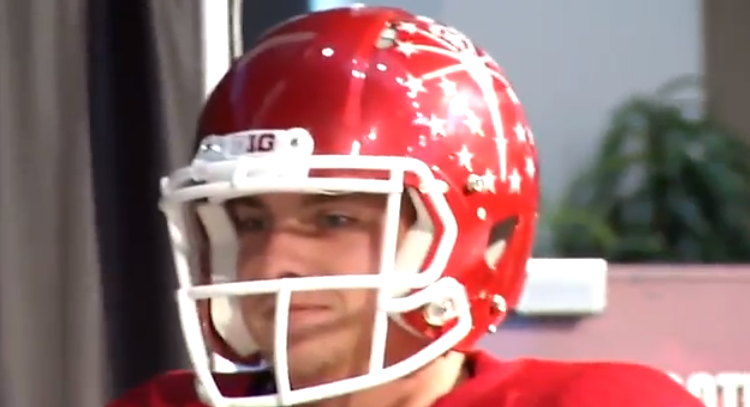 There are also these, which acknowledge that there is an I in university and also that Indiana is no longer a university: 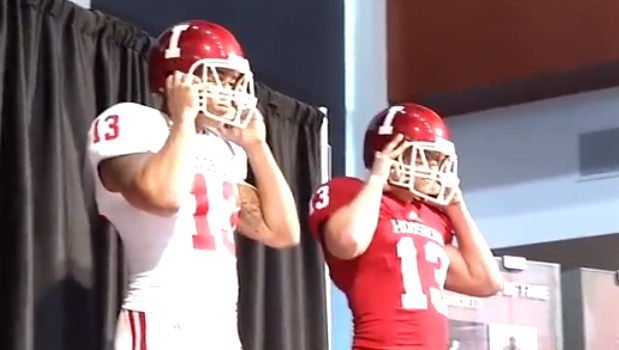 There are also white ones, ones with numbers, and a little chrome and crimson: 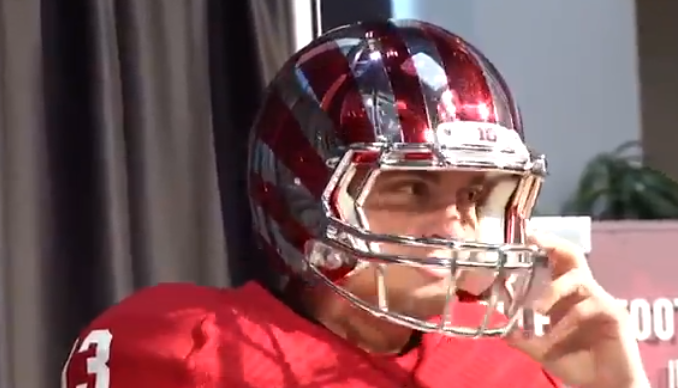