These new Texas football uniforms feature more steer than ever before

The Horns have added Horns to their jerseys, and this is the most exciting college football news of the hour, because it's July.

Share All sharing options for: These new Texas football uniforms feature more steer than ever before

Been a lot of internet talk about our unis for 2013. Biggest change is updated material- Nike Pro Combat Hypercool pic.twitter.com/HZ0AHc2IxV

The biggest change is the big ole Bevo head staring out from the player's throat, but Nike also paid a lot of money to come up with a fabric and give it a name, so there's that too. 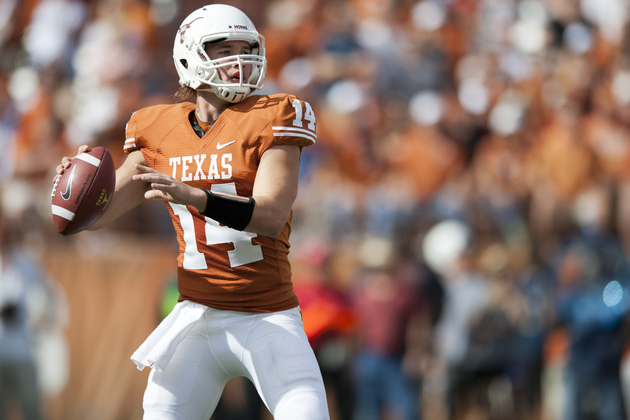 The rest of the ensemble:

Back view of the orange jersey pic.twitter.com/0UxJ3HLEY2