UPDATE: We now have video of Broncos fans booing Seacrest:

And his entrance to the field, which may have sparked the football gods to spring us with a weather delay for the opening game of the season: 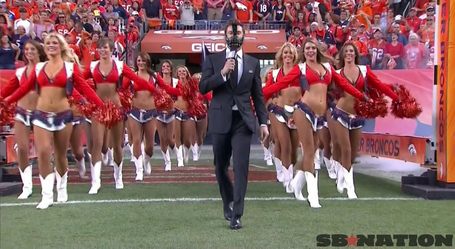 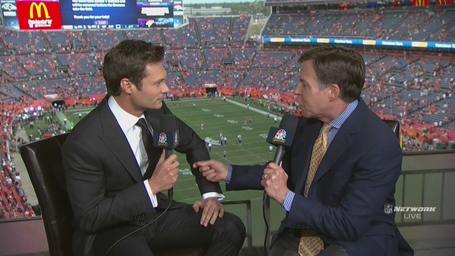 Channels with the rights to NFL coverage have long battled to insert as many random/unlikeable figures into their NFL coverage as possible, just to prove that nobody will turn off football as long as there is football. (Also, I still don't know the name of that quiz show, so, I guess this didn't work?)