For the second straight year, people are mad that some college kids had fun. 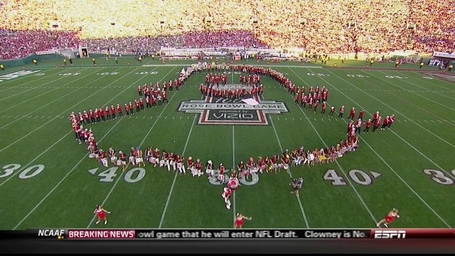 Snapchat! Invented by Stanford people. This image will disappear in 15 seconds. 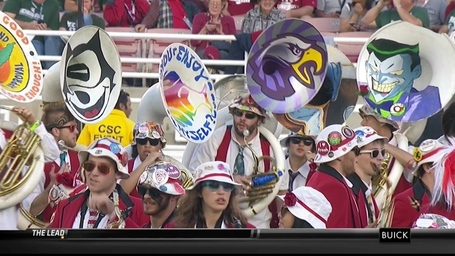 I can only conclude that the Stanford administration is less than brilliant. Otherwise they would ban that disgrace of a band. #rosebowl

Stanford: the reason no one takes you seriously is because your band is extremely unprofessional and not good enough to pull that off.

Stanford's marching band is too much. They're all over the place & it's not real music... Plus, what are they wearing?!

Shame on the Stanford Band! Low performance from such high performing minds. #hardtobehumbe

The day that the Stanford band ceases to exist as an acknowledged organization will be a great day for America.

Stanford's marching band is an embarrassment to the university

I do not care for the Stanford band. I do not like them at all. This has been a sincere tweet.

Stanford's band made the strongest argument yet for banning recreational marijuana in CA. Tribute to Snapchat? Embarrassing.

Stanford's marching band was the most unprofessional performance I've ever seen.

Who gave these idiots musical instruments and let them on the field of the Rose Bowl? Still waiting to see Stanford's marching band

Stanford band is an embarrassment. #rosebowl

What the fuck was up with Stanford's band? That was a terrible....everything

What the fuck is wrong with Stanford's band.

Anyway, we feel these college kids should be ashamed. 17-to-21-year-olds putting on weird uniforms and hats, playing medleys of songs by bands from the 70's and forming big random shapes that people in the crowd can discern is a time-honored tradition, and the Stanford band has brought disgrace to it by actually enjoying themselves.