Let's take a moment to talk about Andrew Luck's beard

Andrew Luck is Amish. He is a Civil War General. He is a star in the Hobbit.

Share All sharing options for: Let's take a moment to talk about Andrew Luck's beard

Andrew Luck has a beard. 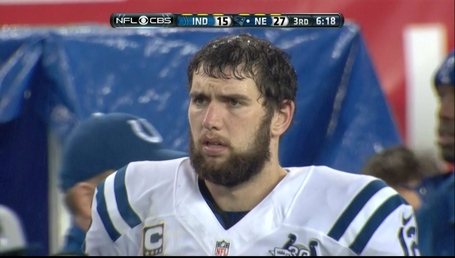 Here he is spitting grossly:

We don't snort at people's rights to grow facial hair, but this here is unkempt. He most likely should shave, but it's the playoffs, and, well, you don't shave until you lose.

However, let's have fun with it.

The most common quip is AMISH. I tend to be rather sensitive on issues of race/culture/religion, but there's really nobody to defend Amish people on the Internet, so I suppose we all decided they were fair game. And, YES, this is the most Amish beard imaginable.

However, there are other ways we could go with this. CIVIL WAR GENERAL. Here is Luck next to Union Brigadier General Rufus King, the first Google Image Search result for "Civil War General."

Here they are mashed up: 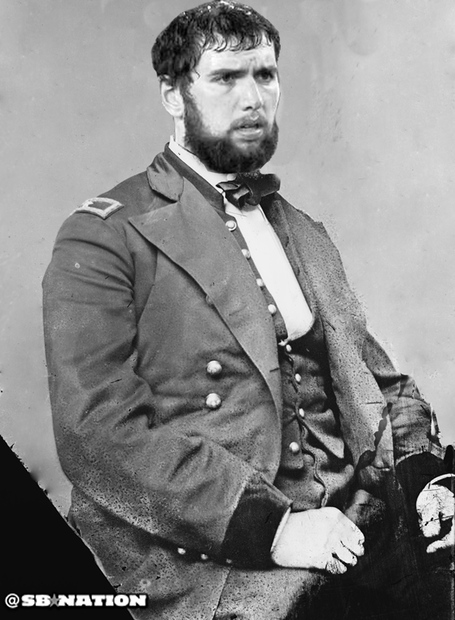 The fighting has been tough in Foxboro. However, after early tactical errors, our men mustered strength to make the battle close.

Thinking of you constantly,

He was in LOTR, too. 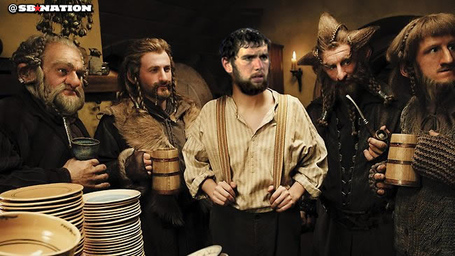