108 degrees fahrenheit is WAY too hot for tennis. Stay safe, everyone.

It's so hot that the people tasked with retrieving errant balls are wilting. 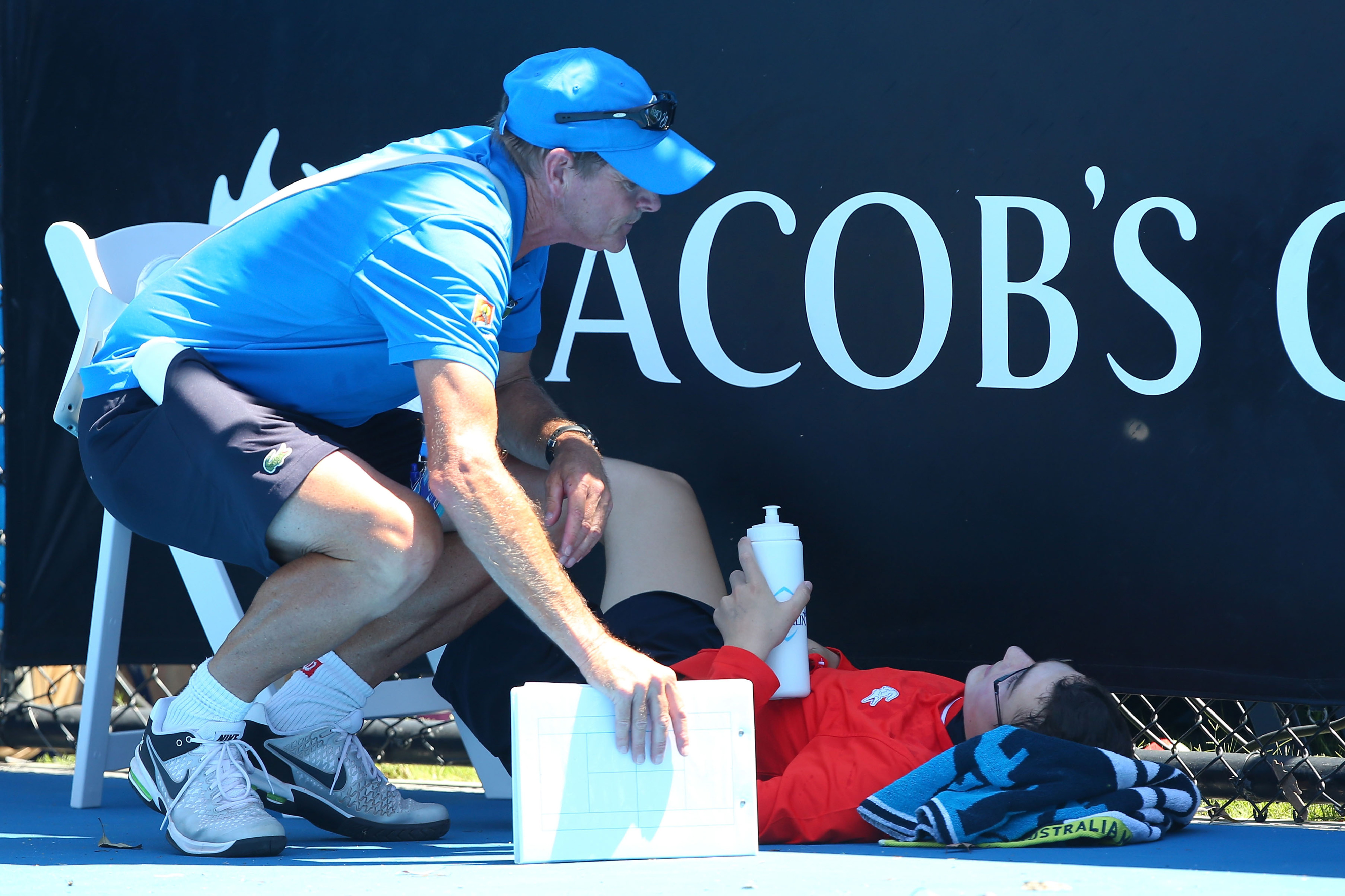 Above, via Getty Images, a ballboy who fainted in the Australian Open heat. He wasn't the only one. Per AP, rotations for ball kids were shortened to 45-minutes at a time.

It's so hot that the most fit humans on earth are wilting.

Canadian qualifier Frank Dancevic said he started feeling dizzy in the first set of his match against Benoit Paire and then collapsed in the next set.

"I couldn't keep my balance anymore and I leaned over the fence, and when I woke up people were all around me," he said. After receiving medical attention, he returned to the match and lost in straight sets.

It's so hot that WATER BOTTLES ARE MELTING.

"I put the (water) bottle down on the court and it started melting a little bit underneath - the plastic. So you know it was warm. It felt like I was playing in a sauna." — Caroline Wozniacki

Nice to be thru to the second round, winning 6-0 6-2. Pretty hot out there, 42 degrees Celsius.. Now time for an ice bath and recovery!:)

The Australian Open isn't at "Extreme Heat Policy" level, yet, but here's hoping everyone in Melbourne stays cool and safe.

(Source: Tennis is a Sauna, by AP)

UPDATE: It's so hot that players are HALLUCINATING SEEING SNOOPY AND THEN PASSING OUT

This one comes to us via Ryan Hudson. As reported in the Metro:

The world No.122 called being asked to play in temperatures of 42C in Melbourne ‘inhumane' and admitted he believed an unexpected guest had appeared on Court Six.

‘I was dizzy from the middle of the first set and then I saw Snoopy and I thought, "Wow Snoopy, that's weird",' Dancevic said.

‘I couldn't keep my balance anymore and I leaned over the fence and when I woke up people were all around me.'

GADZOOKS PEOPLE GET INSIDE AND CRANK THE A/C.