There is a redheaded man with a high-top fade. We salute him.

Before tonight, if you had asked me who had the best hair in college basketball, I would have said Isaac Fotu of Hawaii. 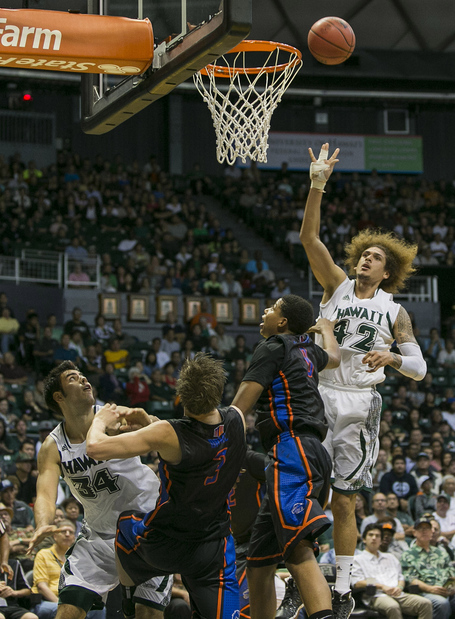 Super Saiyan Iman Shumpert! Sean Harris from Utah State has the most AWESOME afro flat top of ALL TIME! pic.twitter.com/Xeyh6TrHv3

Harris has a high-top fade, which is already spectacular. He also has red hair. Suffice it to say: people who have red hair are often unable to grow high-top fades. (I was friends with a redheaded dude who grew dreads in college. In his defense, when he didn't have dreads, people would tell him he looked like Delonte West.) When these things are combined, magic happens, although the Aggies couldn't pull off the upset in overtime against San Diego State when this picture was taken. 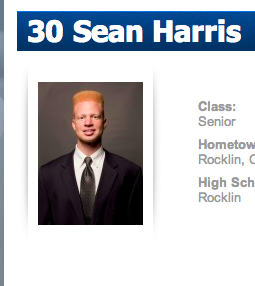 Unfortunately, the kid hasn't exactly gotten a lot of play. (NUDGE NUDGE) Harris is a senior after transferring from Yuba Community College, but his Aggies career has been marred by injuries. He hurt his ACL his sophomore year at Yuba, then again before his first year at Utah State. This year, he's played mop-up duty in five games for an Aggies team that looked like it could compete in a stacked Mountain West before a sloppy start to conference play.

Due to no fault of their own, redheads take their lumps. Harris took those lumps and piled them into a cylinder on top of his head, and for that, we salute him.

UPDATE: We watched Utah State's game against New Mexico Tuesday night to find him. Sure enough! 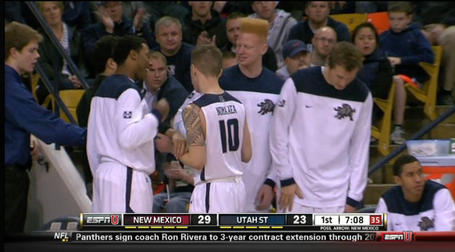 NCAA Saturday: Classic in the Carrier Dome & No. 1 Arizona falls