Hallmark believes in kittens, and they're going all in to prove it.

Share All sharing options for: Cat people finally get their Puppy Bowl

Every year Animal Planet tries to up the cuteness on Super Bowl Sunday with their Puppy Bowl, an incomprehensible mix of cuteness and assumed football. Now Hallmark is upping the stakes with the Kitten Bowl in an attempt to drink Animal Planet's milkshake and eat their cheezburger.

Now let's break down some of the competitors. 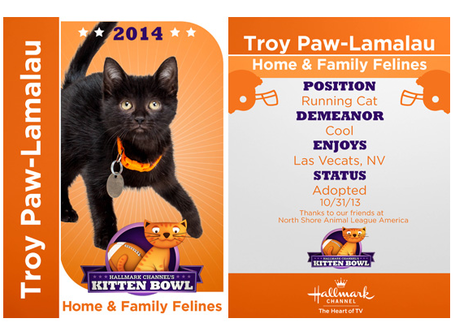 Strong pun work Kitten Bowl. We're picking up what you're putting down. Paw-Lamalau looks light on his feet, but putting him at "running cat" is a missed opportunity for "fur-ee safety." 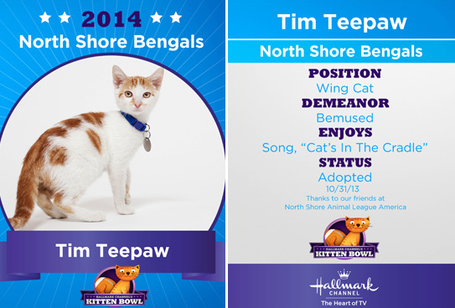 Even Hallmark know their Tebow kitty can't play quarterback. Nevertheless, look at this cat. What an upstanding young role model for the kids. No tattoos or anything. 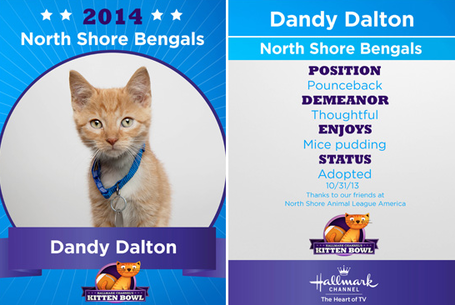 THEY FOUND A GINGER CAT AND HE'S SO CUTE AND LOOK AT THAT COLLAR IT'S LIKE FOUR SIZES TOO BIG. 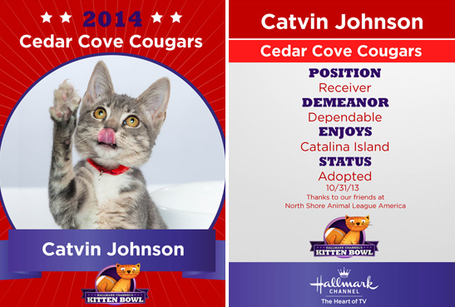 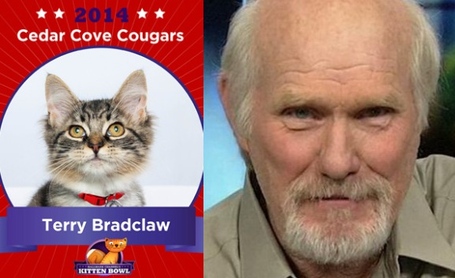 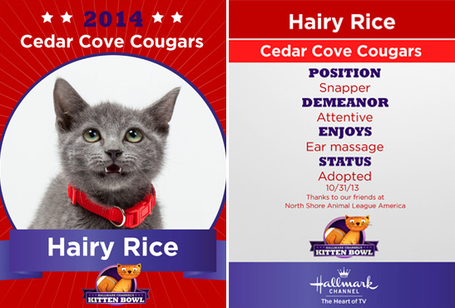 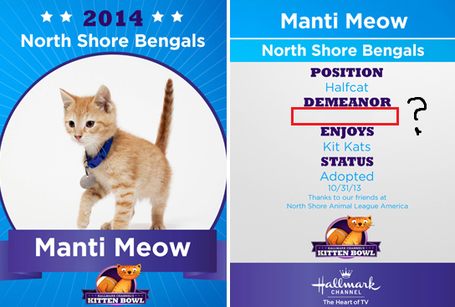 Manti has no personality.