Pull up a chair and we'll tell you a tale of a fella named Philip and his penchant for flair.

Share All sharing options for: The legend of Philip Rivers' bolo tie

The playoffs were won and the Chargers were there, so off ran young Philip to fetch his bolo with care.

"Was it too big or too brash," Rivers exclaimed. "Nonsense," said Philip. "It's perfect!" he explained. 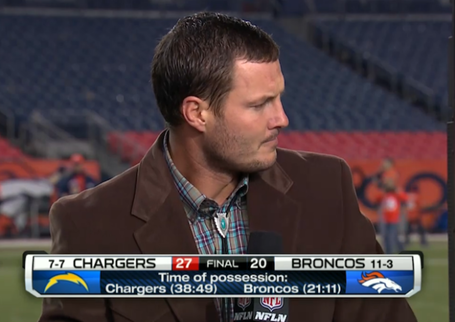 (via For The Win)

In the past they'd been smaller or out of the way, but "It's the playoffs!" said Philip. "Up up and away!"

The bolo went shopping, to field and stream. Everywhere Philip went, the people did scream, "look at that bolo!" he heard buying Pringles, winking once he said clearly "I just beat the Bengals."