I'm sure nobody will overreact to this.

In the third quarter of Boston College-Florida State, an official hovered over the ball, preventing FSU from snapping until the defense had enough time to substitute. However, it seems Jameis Winston had decided the defense had already had more than enough time.

GIF and stills via ABC.

The ref was clear about telling FSU it wasn't time yet: 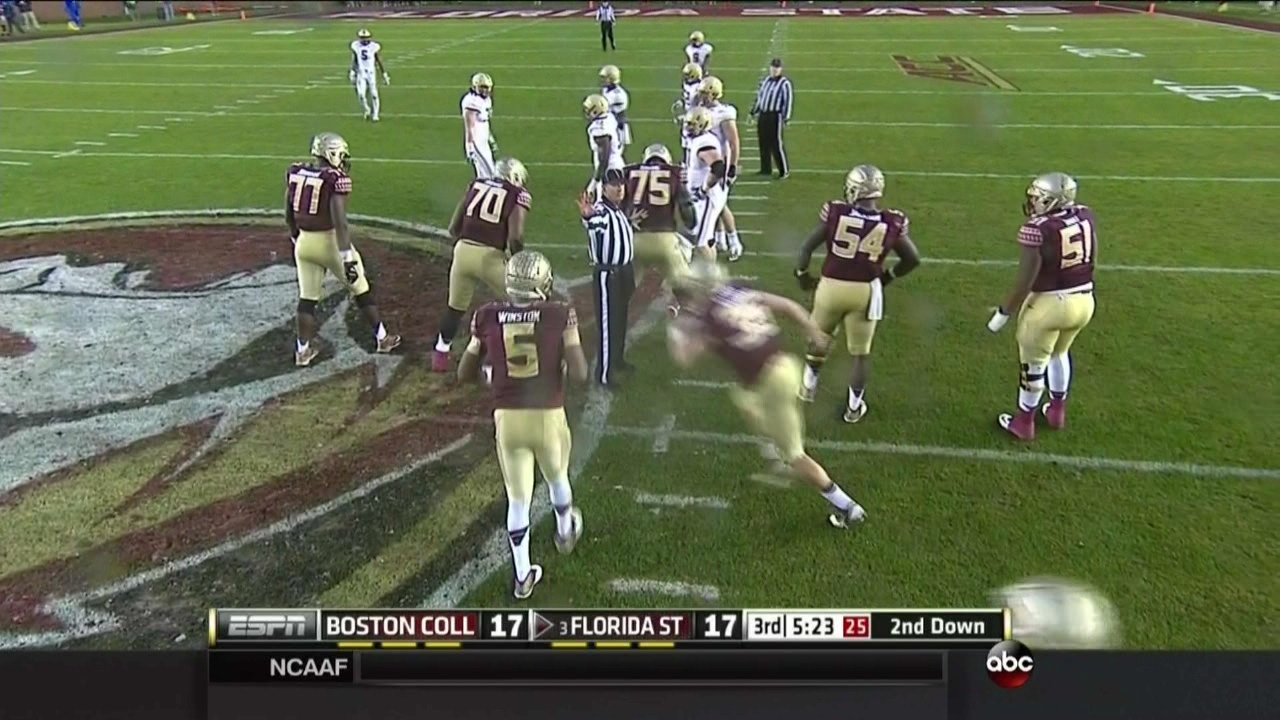 But Winston tried as hard as he could to get under center. 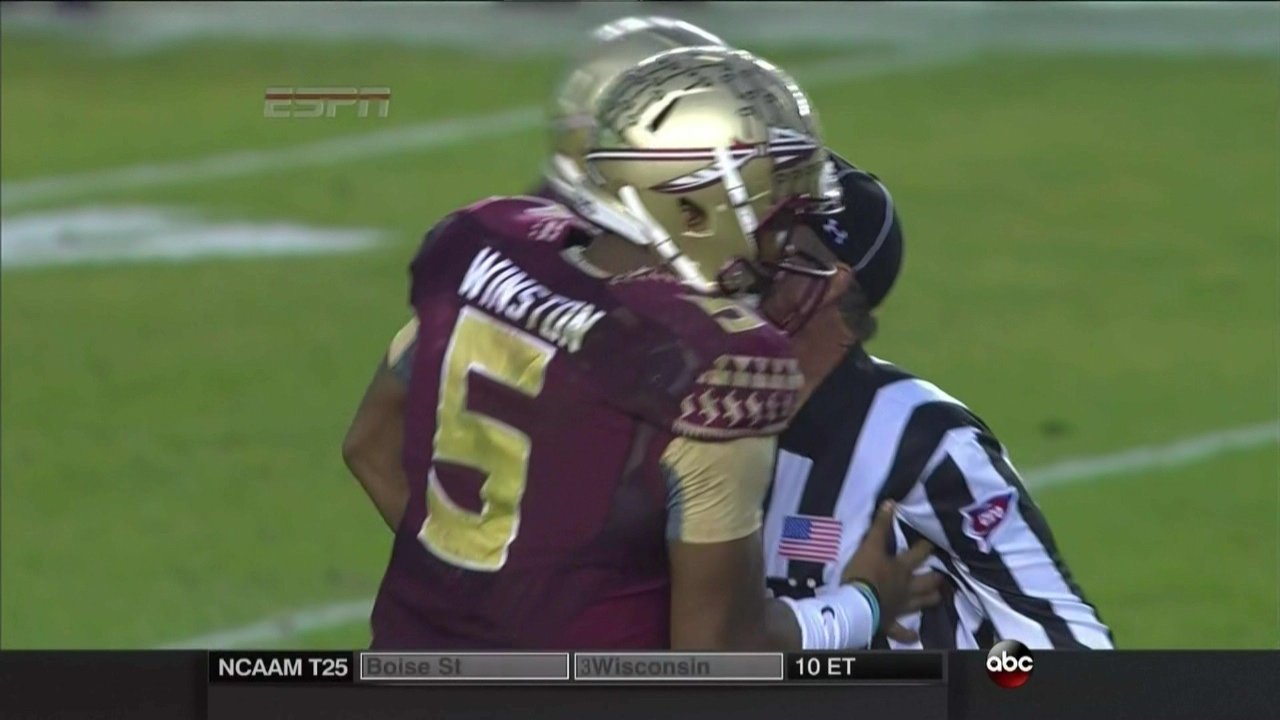 After a couple of seconds of battling, the ref decided FSU was good to snap the ball, and backed out without penalizing.

After the game, head coach Jimbo Fisher said, "[The official] said we had changed a running back," implying that Winston and the official had disagreed on whether FSU had substituted -- if FSU did sub, that would've meant BC had to have the chance to do so as well. Fisher said he didn't think Winston was in the wrong:

Yeah, I don't think he realized. Hey, you get emotional, you play. He thought he could snap the ball. And the play we had, was based on a quick run up to the line and snap the ball.

If the ref felt like it, he could have flagged Winston for making contact. In fact, after the game, Mike Pereira from FOX said that Winston should have been ejected:

Contact with an official can clearly lead to an ejection.  Webster was doing his job, which was to hold the snap until the referee cleared him in this situation. Winston clearly pushes him out of the way so he can get the snap off.

But to the ref on the field, it was apparently just a moment of misunderstanding not worthy of a penalty. The Seminoles went on to win 20-17, which, suffice it to say, might not have happened if Winston were ejected with over a quarter to go.

College football schedule, scores, and much more for Week 13