But what's really important is that all of NBA's amazing stats technology is TURNED ON for the celebrity game. That means we got this leaderboard:

Only day of the year you'll see a leaderboard like this. @NBAAllStar #snoopdoggmvp pic.twitter.com/HBS12s7x3J

Nick Cannon had a plus/minus of -14 in 20 Celebrity Game minutes. 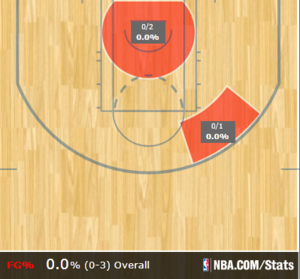