In one shootout, T.J. Oshie became An American Hero

With four shots, T.J. Oshie went from a guy you'd never heard of to the guy you're going to vote for in 2016, probably.

Share All sharing options for: In one shootout, T.J. Oshie became An American Hero

If you're a hockey fan, you knew who T.J. Oshie was before today. he's a center for the St. Louis Blues, and therefore is very good at hockey. Good enough to get selected to the U.S. Olympic team.

If you're not a hockey fan, there's a good chance today is the first time you heard of T.J. Oshie, as he rode a bald eagle through a hailstorm of murderous Russians to victory. If you missed it, a) WUT b) he got his number called again and again and again in a penalty shootout, eventually netting four goals on six tries for a US win.

Now, he is an American Hero. You can tell this because it says it on the Wikipedia:

After this, he became the internet's. 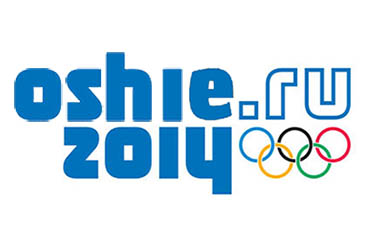 This name sounds like "Sochi," you see. Here's his goal announced by Jim Ross:

Many crazy people across the nation were up drinking at bars at 7:30 a.m., and because of that, there are now many videos of the explosion when Oshie's game-winner happened.Puck Drunk Love rounded up all of them:

What is amazing is that all of these places, all around the country the script almost goes the same way. 1. Chants of OSHIE-OSHIE-OSHIE! 2. Eruption of applause 3. USA chants.

It's not quite Landon Donovan vs. Algeria, but it's still awesome.

This dude chilling in his house decided to go outside and jump into a snowdrift.

Of course, technically, he does wear camo sometimes:

@sbnation so this TJ Oshie then? pic.twitter.com/W2AVhPNV6T

We'll let this image take you out: