Yikes! This biathlete nearly loses gold with a premature celebration.

Norway's Emil Hegle Svendsen (in the dark outfit) won gold in the men's 15km mass start biathlon on Tuesday, beating out France's Martin Fourcade in an insane sprint to the finish line.

The finish was so close Svendsen and Fourcade each officially finished in 42 minutes, 21.1 seconds. It's the boot that counts, not the tip of the ski.

It was a photo finish in the men’s 15km mass start biathlon. Emil Hegle Svendsen of Norway wins gold. pic.twitter.com/QeVlJem9PB

Here's an even closer look at the finish. Jeez!

It was Svenden's first medal in Sochi, while Fourcade missed out on his third gold of the 2014 games. Here's a look at the heartbreaking finish for him, in three USA TODAY Sports photos. 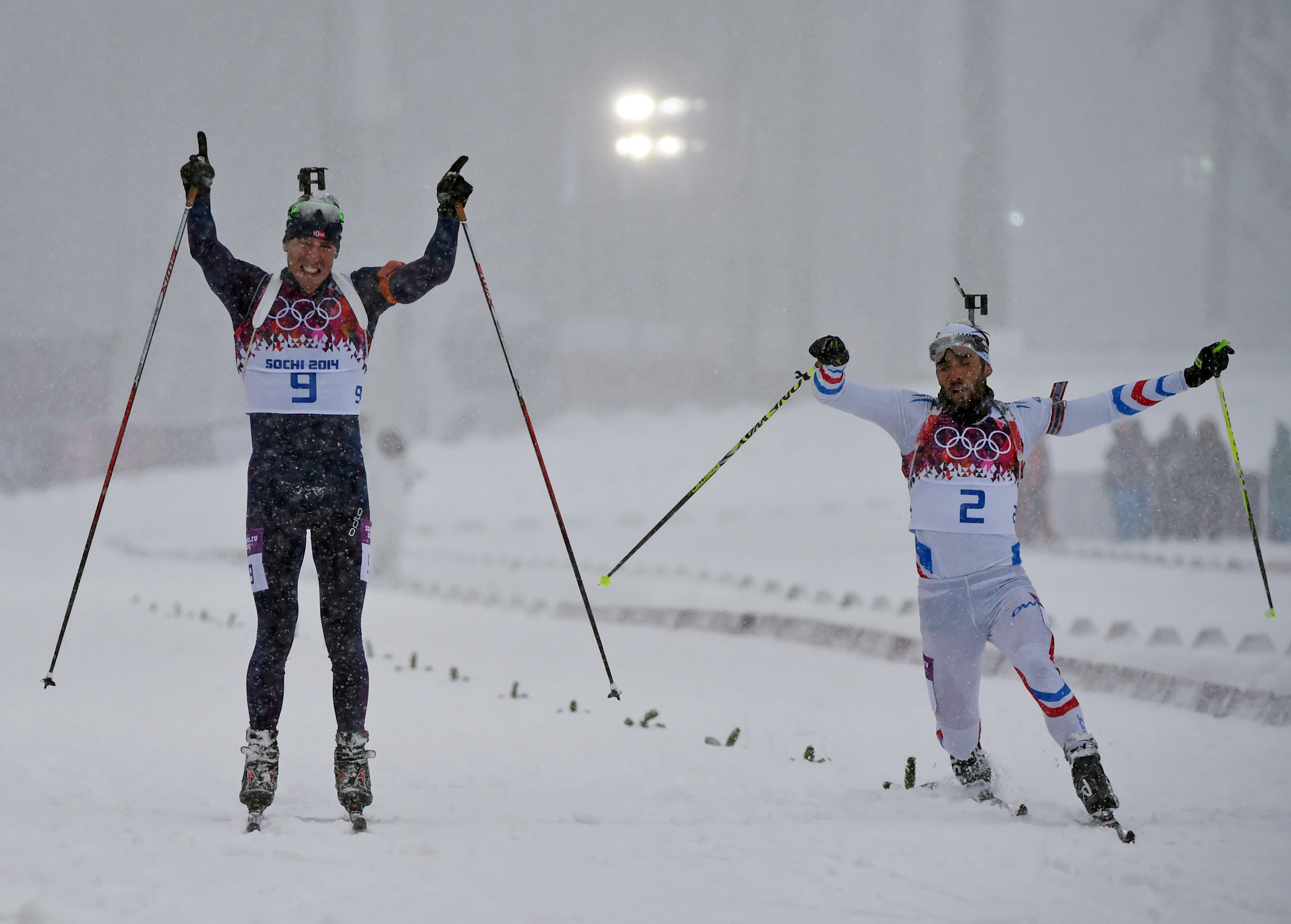 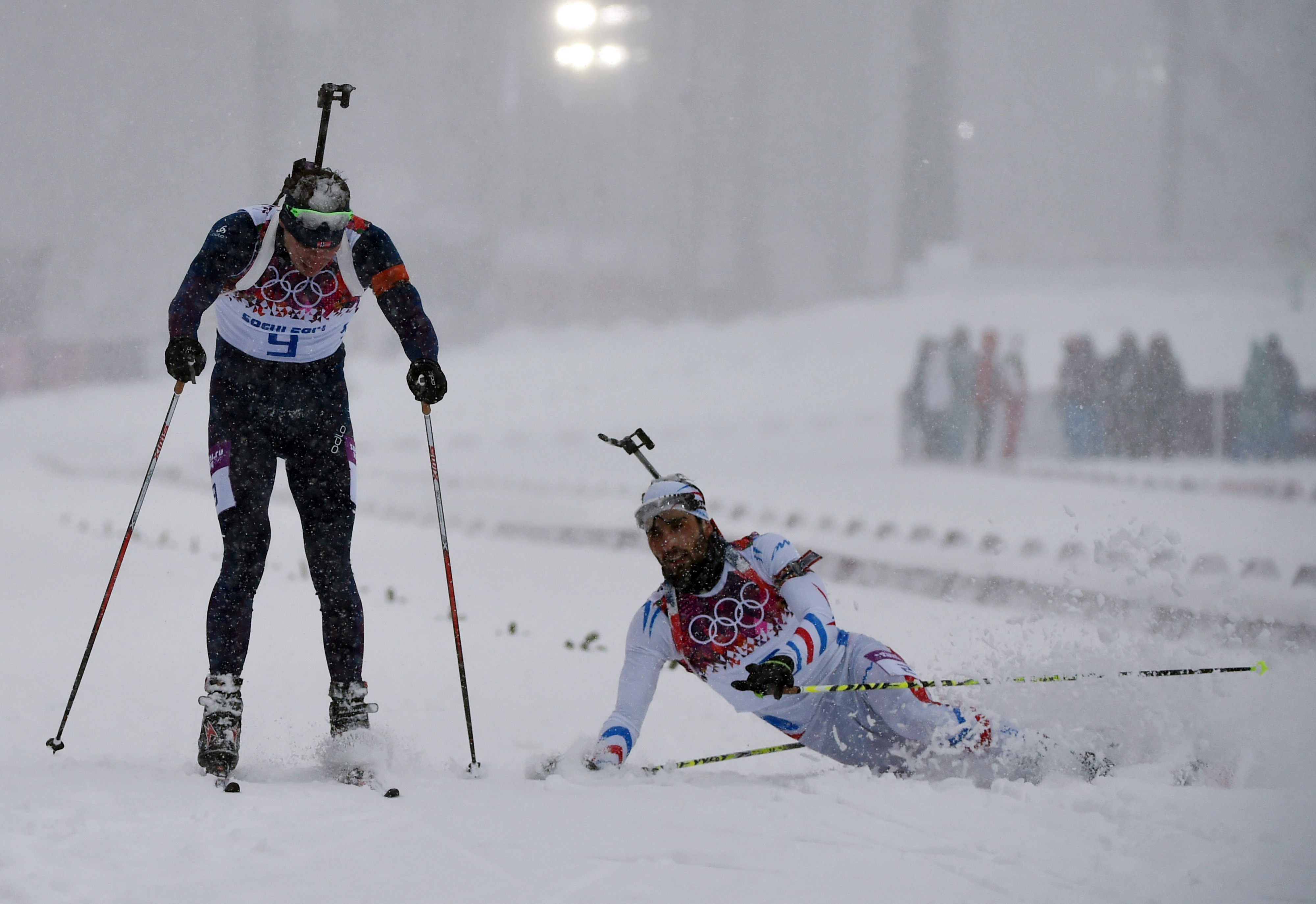 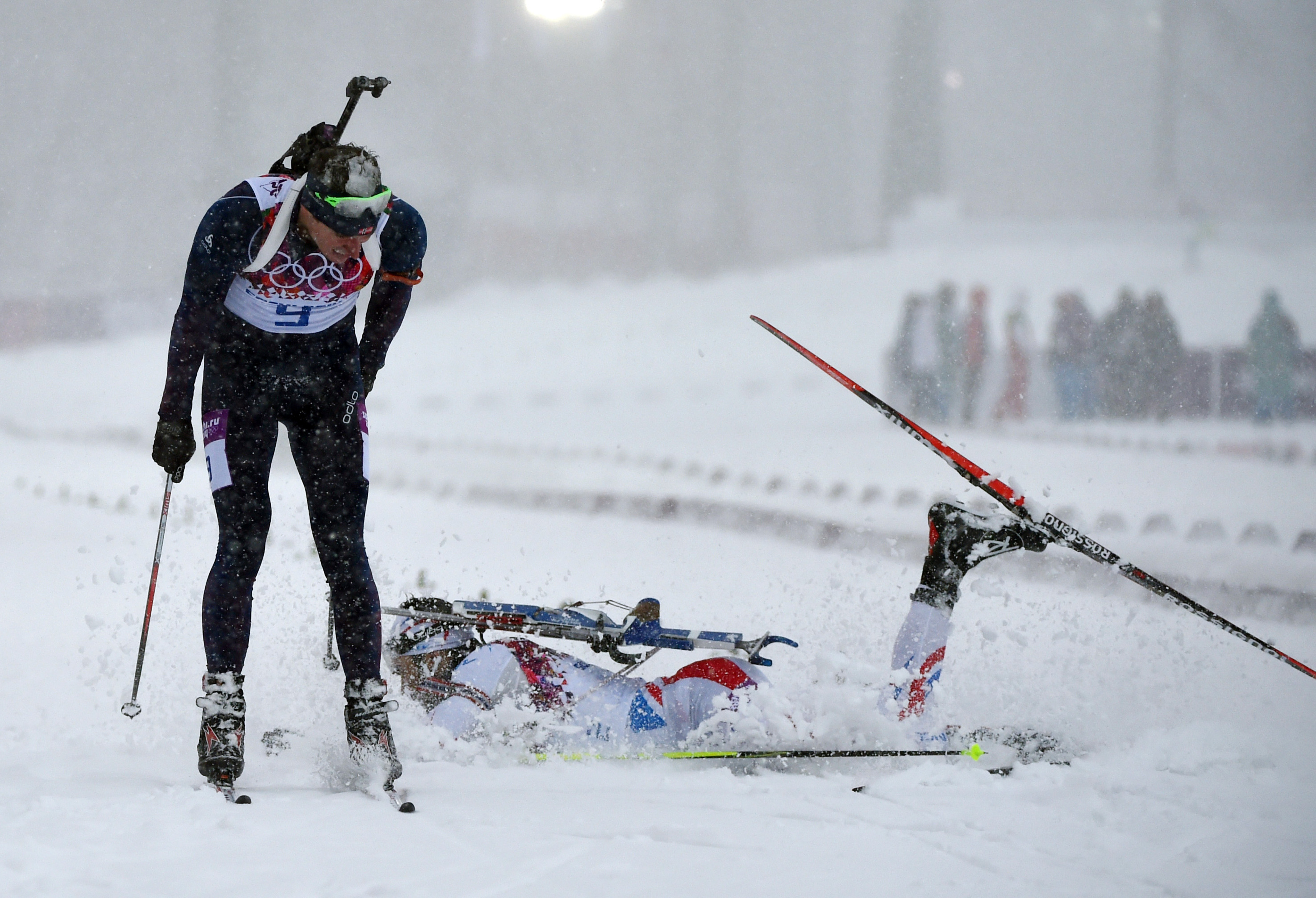