Texas Tech's head coach was in The Notebook, according to Alex Trebek.

Share All sharing options for: Kliff Kingsbury shows up on Jeopardy because he looks like Ryan Gosling

However, the way Texas Tech head coach Kliff Kingsbury showed up on Jeopardy Wednesday night was a bit unusual. From the category "Pop Culture:"

The notable thing wasn't anything to do with Kingsbury -- not, like "Kliff Kingsbury is head of the Red Raiders in THIS Texas Town," "what is Lubbock?" -- the notable thing is just that he looks like Ryan Gosling. So the contestants didn't actually have to know who he was, they just had to look at him and be like "YO THAT DUDE LOOKS LIKE RYAN GOSLING."

To be fair, he looks exactly like Ryan Gosling: 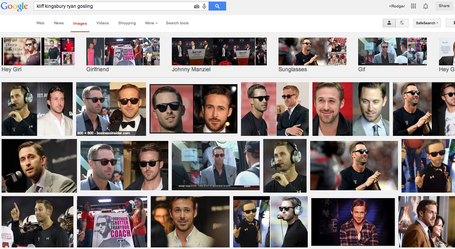 he's the dreamiest coach in college football history ever omg omg omg omg. We at SB Nation have been swooning over Kliffy and discussing his deep v-necks for quite some time.