Jared Lorenzen has gotten older, and -- somehow -- gotten bigger. But just because the Hefty Lefty's NFL days are over doesn't mean his days of destroying regular-sized football players are done.

Monday night, we were just minding our own business, when this picture crossed our Twitter timeline.

That's Jared Lorenzen -- the Hefty Lefty -- getting ready for his season debut in a league called the Continental Indoor Football League for a team called the Northern Kentucky River Monsters. (Yes, he looks kind of like a river monster.) Later, Vines emerged, featuring him playing, frolicking around like a 300-plus pound Johnny Football:

Lorenzen's Kentucky career was a decade ago. He hasn't been in the NFL since I was in high school, and I've been graduated from college for two years. He's now 32 years old. He's 320 pounds. And although the NFL's grand finale was yesterday, his season is just getting started.

If you aren't familiar, once upon a time, Lorenzen was a star at Kentucky and later a backup NFL quarterback. Just looking at his stats, nothing was remarkable about him. He started for four years at Kentucky, setting school records in attempts and completions, leading the perennial cellar-dwelling Wildcats to a 7-5 record in a 24-touchdown, five-interception season in 2002. In the NFL, he threw eight passes in two seasons, although he was lucky enough to be on the Giants when they won the Super Bowl in 2008.

No, nothing was particularly notable about Lorenzen, except his enormous size. He was listed at 260 pounds in college, huge for a quarterback, and although he had a cannon for an arm, it seemed none of that weight was muscle, but rather all pudge.

This is what made him famous. This is why he got his nicknames -- The Hefty Lefty, or, the Pillsbury Throwboy, or, J-Load -- and how he became a piece of football folklore.

But as that photo of Lorenzen playing with something called the Northern Kentucky River Monsters shows, there's something else notable: Lorenzen will not stop playing football. And furthermore, as a gargantuan quarterback monster, he's completely unstoppable at low levels of football you didn't know existed.

We've tried our best to create a timeline of Jared Lorenzen's post-NFL football career. It is incredible. 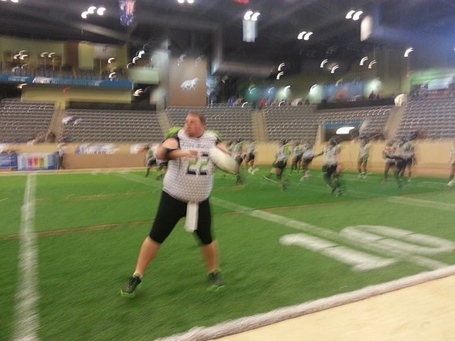 January 2008: Lorenzen wins the Super Bowl as Eli Manning's backup with the New York Giants. He is listed at 6'3, 288 pounds. He looks like this: 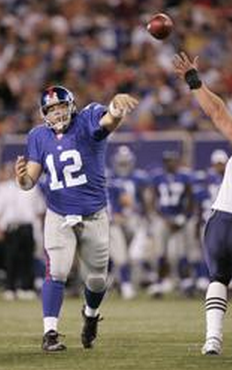 Huge, to be sure.

September 2008: A few months after winning the Super Bowl with the Giants, Lorenzen is cut by the Indianapolis Colts. He is listed at 6'4, 285 pounds. (He grew an inch, apparently.) He looks like this. 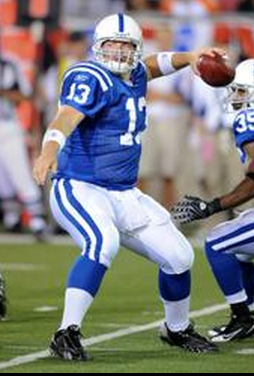 Again, enormous, to be sure.

February 2009: Lorenzen signs with the Kentucky Horsemen of af2, a minor league affiliate of the Arena Football League. They play in Rupp Arena, home to the basketball team at the school where Lorenzen played college ball. He is dominant:

It becomes clear that although Lorenzen was a perfectly suitable quarterback -- good enough to briefly play in the NFL -- he was born to dominate arena football. Science tell us momentum is mass times velocity, and we've taken a game about running people over and put it on a tiny field where 4.4 40 speedsters can't hit their peak tempo. All that's left is mass, and Lorenzen has all of it.

He's majestic. Sometimes he slings 40-yard passes past his competition. Sometimes he gets the need to run, and all of a sudden 300 pounds are on the move, ready to beeftank.

And unlike real football, it works. He bowls dudes over, hits the end zone and spikes the ball, having accomplished the thing he was built to do.

(Low-key favorite thing about that video: his original No. 22 jersey gets destroyed, so he ends the game tearing things up in a No. 57 jersey.) (EDITOR'S NOTE: A commenter points out that he actually has to swap TWO jerseys, first to 55, then to 57.)

However, the Horsemen are short-lived. They go 10-6 with Lorenzen at QB, but the team and the league both fold in October after the season ends, because it's minor league arena football.

The playing days are over, but he's settled down. He's a coach. He's a GM. He was bigger than playing football.

February 2011: Apparently fed up with searching for lesser players, Lorenzen QUITS HIS JOB AS THE TEAM'S GENERAL MANAGER TO BECOME QUARTERBACK.

Said Lorenzen: "I been around it since September and I have resisted the urge. Then when the pads came out, I couldn't resist any longer." League rules prevent Lorenzen from playing and being a general manager, so he's stepped down for now and will just be a "front office consultant."

In FIFA, there is a player-manager mode. Because it's a video game, I always make my players comically absurd. My FIFA player is 6'10, the tallest height allowed, and a 16-year-old goalkeeper from Cuba who wears silly pants and a gold helmet. His first move as manager of a Premier League team -- why it hired a 16-year-old, goodness knows -- is to sell all the other goalkeepers on the team and make himself the starter.

Jared Lorenzen is my FIFA player, come to life. He's 100 pounds too fat, and he's taken over a football team so he can play football.

Not only does Lorenzen play, he DOMINATES. Here he is running over three defenders, tossing them away like an angry Hulk:

He leads the Ultimate Indoor Football League with 3,473 yards, throws 81 touchdowns and is intercepted 19 times, and guides the River Monsters to an 11-3 season for the best record in the league. He is named the league's MVP.

July 2011: Lorenzen is named the commissioner of the Ultimate Indoor Football League.

That's right: in five months, he quit his job as GM of a team in a league, became that team's QB, became that league's MVP, and then was named its commissioner.

However, commissioning a minor league indoor football league is somewhat difficult, as evidenced by the Wikipeida's list of teams in the UIFL by year:

Long story short: If a team is in the UIFL, there is like a 1-in-4 chance they will play in the UIFL the next year. (In 2012, the "U" stood for United, but it has since snapped back to "Ultimate.")

March 2013: Lorenzen signs with a team called the "Owensboro Rage," a team that bills him as bringing "Super Bowl experience." He now looks like this:

The Rage folds by the end of the season.

Today: Lorenzen is once again with the Northern Kentucky River Monsters, who haven't played football since 2011. He's now listed at 6'4, 320 pounds -- the second-heaviest player on the roster, despite playing QB -- and he now looks like this:

A different shot of Jared Lorenzen tonight, per @Ky1eSc0tt. pic.twitter.com/6C05ldwO41

Lorenzen has gotten older, and he has somehow gotten larger.

Lorenzen won the Super Bowl, kind of, but the NFL told him his career would be a short one. Many would have given up. But instead of letting somebody tell him he wasn't good enough, he just moved to a level where he was good enough. A level where he could continue slinging the ball and continue trucking regular-sized people people at a lower level, for teams you didn't know existed.

For this, Lorenzen is an American hero, and we salute him. Godspeed, Hefty Lefty. Godspeed.

• The year in longform: 13 of our favorite features from '13