Matt Stairs has a beefcake calendar, but with animals

For $10, you can look at Matt Stairs and animals for 365 days a year. Seems like a solid deal to me.

Share All sharing options for: Matt Stairs has a beefcake calendar, but with animals

This is old, considering we're a month into 2014, but it's always, always, always relevant. Matt Stairs, beloved Wonder Hamster, has a calendar. It's a glorious calendar. Apparently, Stairs has five dogs, six cats, and a rabbit. He would like to remind you of this all year. For charity.

My family and our dogs posing for the SPCA calendar. Didn't have room for our 6 cats and rabbit pic.twitter.com/VxRCGEQ5jX

That's a solid range of pooches, from the d'aww pup on the left, to the li'l thing with the bow, to the mutt, to the portly retriever, to the stuck-up little thing on the right that was busy judging the photographer

Just one of the pictures in the SPCA calander we did up for charity pic.twitter.com/ZTSBOtkktX

I like it. One dog's going one way, one hamster's going the other way, and the ring's like, hey, whaddya want from me? 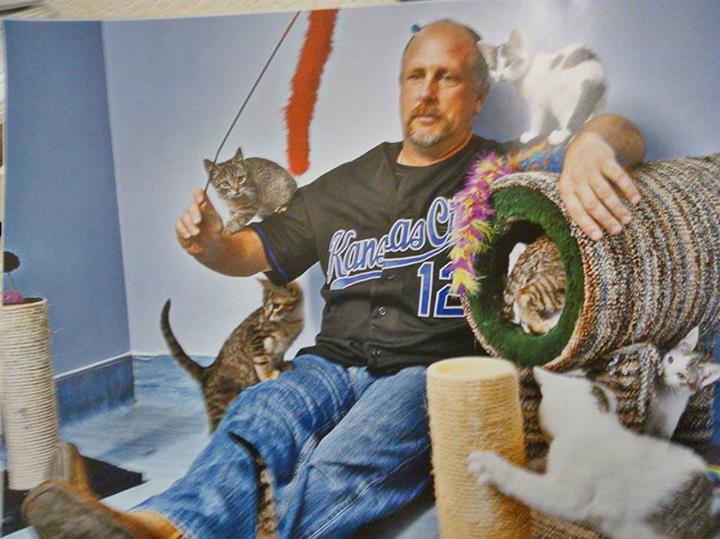 This was the first picture of the calendar I saw, and for five seconds -- not an instant, but five seconds -- I thought Stairs was in a hospital bed, his arm in traction, surrounded by six cats. I thought, boy, that's artsy, dark, and beautiful. Instead, it's Matt Stairs with six cats, and I'm almost certain they can beat up Tony LaRussa's cats. 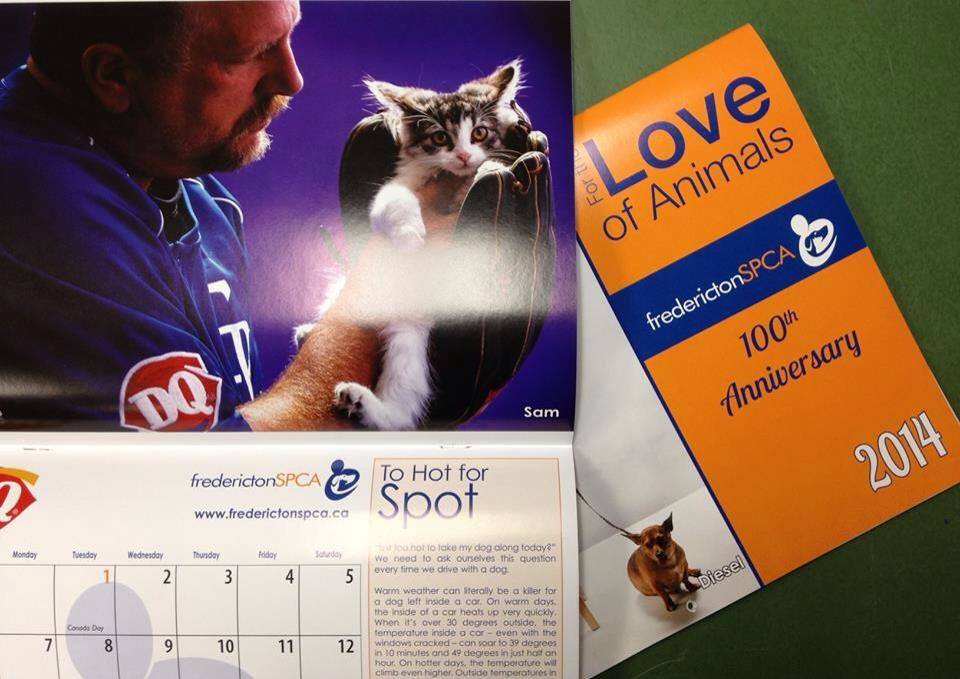 Oh, man. Too bad Stairs isn't much of a fielder. He's going to drop that cat and trip over the glove, and we won't even be allowed to laugh. Don't sleep on cover boy Diesel in the corner. 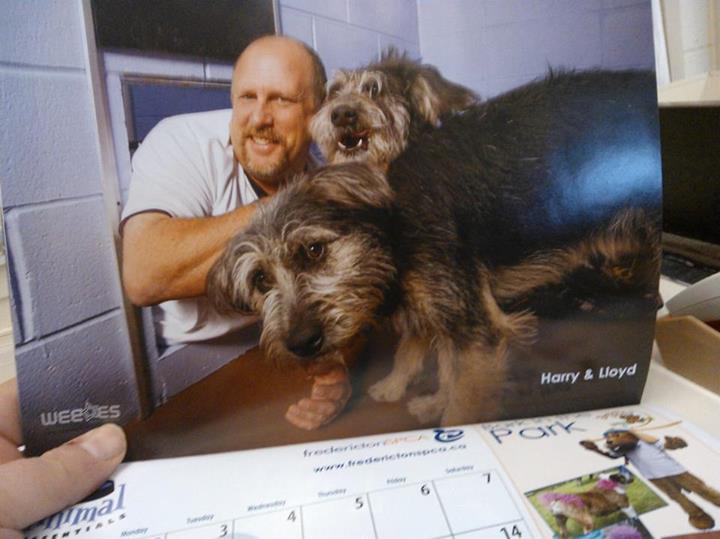 Honest question: Wouldn't your life be better if, say once or twice a year, Matt Stairs came through your doggie door and gave your pups a skritch? You'd be milling about, getting dinner ready, there'd be commotion, and when you checked it out, it'd just be Matt Stairs through your doggie door, loving your dogs. Your dogs would love it. You would love it.

Here's the Fredericton SPCA's Facebook page, and here's the page that mentions the calendar. There's no way to buy it directly, though. Off to eBay.