SMU probably should've made the NCAA Tournament. But they didn't, and they turned into SMH University.

Share All sharing options for: Here's what SMU looked like when they didn't make the NCAA Tournament

But they lost their last three games of the year, including an AAC Tournament game against Houston. And although things are turning around for Larry Brown and co., they were left out of the tournament in favor of NC State, who only one of 78 bracketologists thought was worthy of a spot.

Bummer, guys. Let's break this down in greater depth: 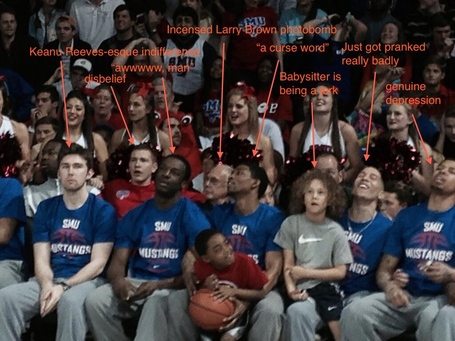 An awesome recruiting job by Brown means the future is bright, and we won't have to see them sad again next year.