The Stanford band was smuggling booze in via tubas

Share All sharing options for: The Stanford band was smuggling booze in via tubas

UPDATE: This may have been a false allegation:

BREAKING: A Stanford drummer told me the tuba players are being falsely accused of smuggling in some celebratory beverages. #TooBad

But the fact that we believed it all makes it okay. I want it to be true.

And now, we have our explanation for how they manage to ratchet up the silly:

Interesting tidbit from Scottrade Center security: Had an issue with Stanford band members sneaking booze in with their tubas.

We're fascinated by the logistics of this -- are they throwing handles inside the horn of the tuba? Did he just fill the entire tuba with booze? An artists representation: 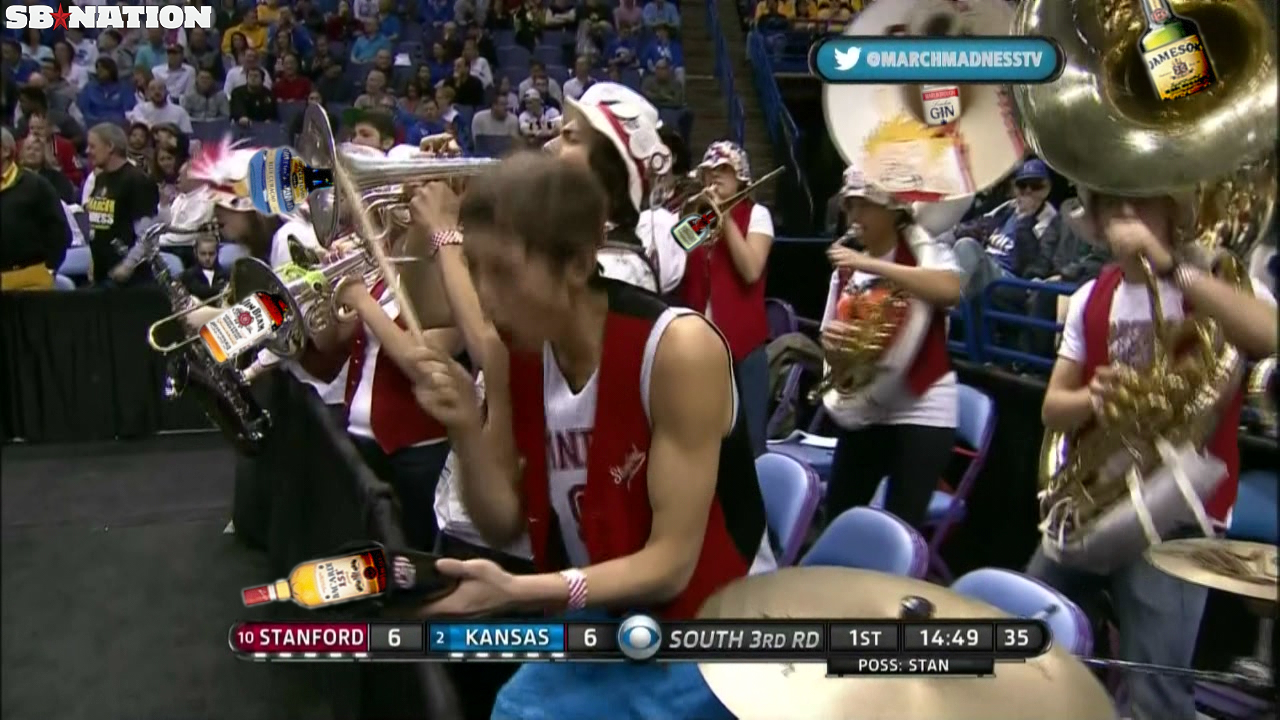 When they ruined the 2013 Rose Bowl for boring people:

And when they ruined the 2014 Rose Bowl for boring people: