Let's be honest: Charles Barkley is not on the CBS halftime show during the NCAA Tournament for cogent basketball analysis. He spends most of the year analyzing the NBA, and even then isn't all that cogent.

They're there to be the same goofy dude who says "TURRIBLE" a lot on Inside the NBA, and in that department, they are SUCCEEDING.

This is Peak Barkley 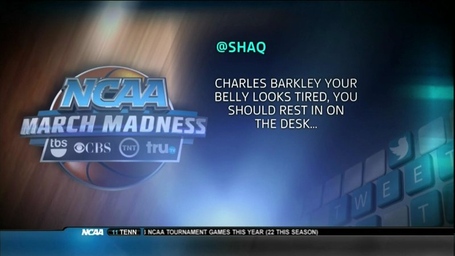 Seriously, Barkley on Shaq's endorsements:"He's got that cream soda, spraying diabetes across the world."

Charles Barkley on @Shaq: "If he ever got my bank account he'd kill himself."