Facebook released a fancy-pants graphic that takes how many "likes" each team gets and plots the leaders for every location in the country. Said graphic: 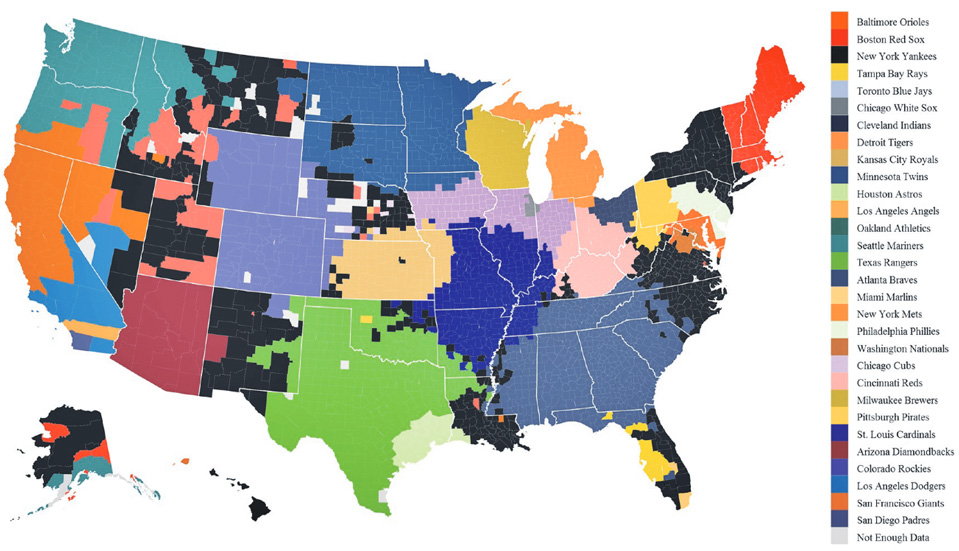 Here are the seven unassailable truths we have just learned:

Hat tip to the Wall Street Journal and Facebook