Share All sharing options for: TNT guys dress up in Craig Sager's honor

Longtime sideline reporter/noted sartorial pioneer Craig Sager will miss the playoffs as he undergoes treatment for leukemia. The whole NBA and NBA-viewing community is pulling for Sages, and his coworkers at TNT-- Ernie Johnson, Charles Barkley, Shaquille O'Neal, and Kenny Smith-- paid a fitting tribute with the flyest of attire, from the zany suits down to the colorful socks. Steve Kerr got in on the tribute as well with by far the most garish look of the day:

Steve Kerr sporting a fresh shirt to support Sager. "This is all to support Craig. We're spreading the word." #Clutch pic.twitter.com/7cMX6rwiwJ 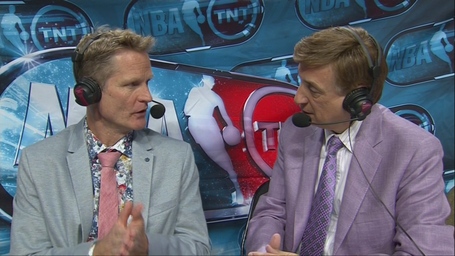 Benny the Bull, too! 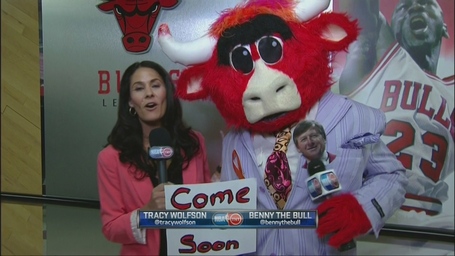 Get well, Craig. Hope to see you and your resplendent outfits prowling the sideline again soon.