Minnesota wins NIT, Murray State wins CIT, we made them a 'ONE SHINING MOMENT' video

Is it better to lose in the first round of the NCAA Tournament or win the NIT? NIT DUH, WHO CARES, YOU GET TO CUT DOWN NETS AND WE'LL MAKE YOU A ONE SHINING MOMENT VIDEO

Share All sharing options for: Minnesota wins NIT, Murray State wins CIT, we made them a 'ONE SHINING MOMENT' video

The Golden Gophers are champions, and nobody can take that away from them. And as such, we made them a One Shining Moment video. Note: this is not to be confused with the rap song the CBS people made for the CIT. Please forget this song exists.

We'd also like to take a moment to point out how overwhelmingly lukewarm Murray State's celebration is: 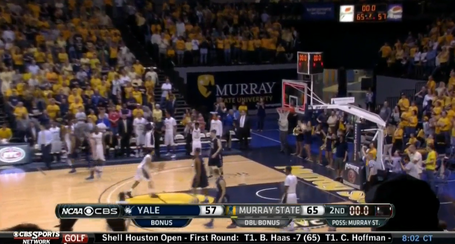