What happens to MLB when the polar ice caps melt?

Here's a map that shows we'd lose more than a third of our stadiums.

Share All sharing options for: What happens to MLB when the polar ice caps melt?

Let's pretend, just for the sake of conversation, that the polar ice caps completely melt sometime in the next century for some reason.  Let's just pretend. I don't care why. What happens to Major League Baseball?

To answer that I found a map of what the earth will look like when the oceans rise and combined it with a map of current MLB stadiums. Look: 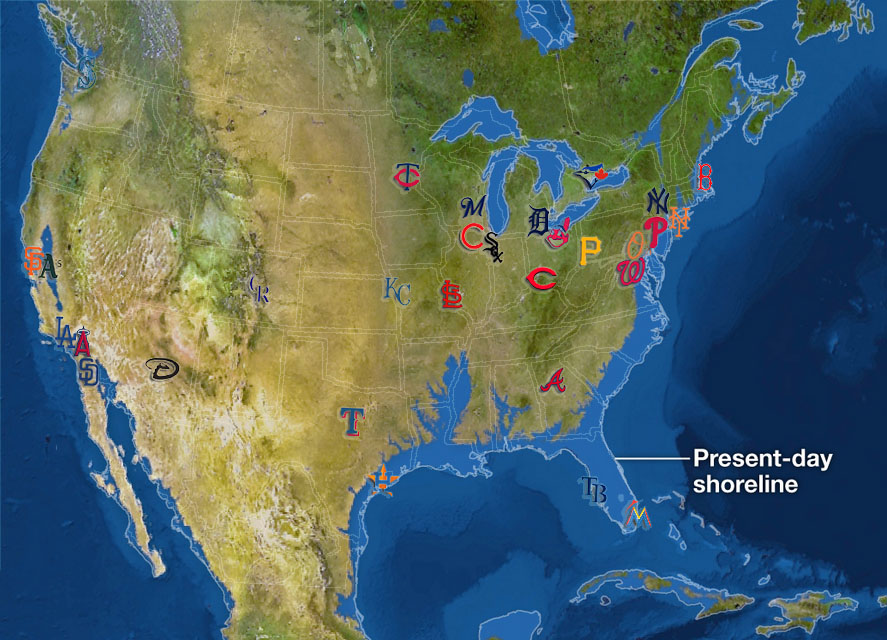 Mercator projection on top of a globe, so some differences are unavoidable. Map credits: National Geographic | Reddit Baseball

Count 'em up: We'd lose both clubs in New York, the Red Sox, the Phillies, the Orioles, the Nationals, the entire state of Florida (not that anybody goes to games there anyway), the Astros, probably both the Giants and Athletics, and the Mariners. Twelve of thirty MLB stadiums, or forty percent of baseball. GONE.