Mike Epps might be at the wrong Heat vs. Pacers game

Where in the world is Mike Epps?

Mike Epps would like you to know he's "here." There's one problem, though: we don't know where "here" is.

If Epps is referring to Indiana as "here," then there's an issue. The Heat weren't wearing black today -- they wore red. It's hardly the most subtle variance. 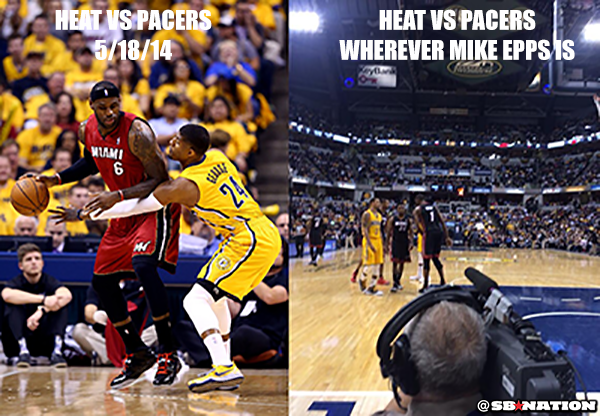 Need another layer of confusion for this cake?

Blessed To Wake Up In Such A Beautiful Country Like Australia Aussie Aussie Aussie, Oi Oi Oi #AfterDarkTourInternational !!!!