This isn't a criticism. He's better lazy than others are at full-speed.

Share All sharing options for: Fan makes laziest catch of the year

You don't have to crush someone's grandmother underneath you to catch a ball in the stands, you know. Sometimes, just being lazy will do wonders for your souvenir dreams:

He's chewing popcorn -- which he doesn't drop nor spill from his occupied hand -- and one-hands the ball, impressing all the nearby ladies and earning a round of applause. That's just the kind of cool you need to pull off wearing a Hartford Whalers shirt to a baseball game in 2014.

Then again, he looks perplexed as to how it even got in his hand, so maybe not: 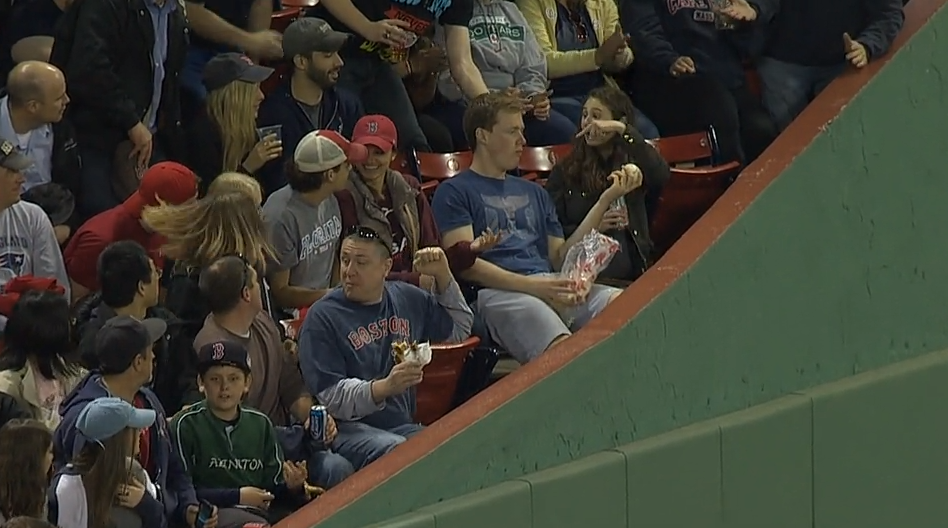