Gym offers advice to Kanye West, so he doesn't wind up like Kris Humphries

Whatever you do, don't become Kris Humphries.

Share All sharing options for: Gym offers advice to Kanye West, so he doesn't wind up like Kris Humphries

There are enough outlets in the world looking to tear a couple down, so it's nice to see New York Sports Clubs just looking out for Kanye. They believe the secret to a successful marriage is exercise, so their message is simple: Be better than Kris Humphries.

Poor Kris had his marriage to Kim Kardashian barely last two months, which can probably be expected when you share a first name with the mother of the bride. The Celtics power forward seems to be doing okay though, and at least he was good enough to show up at the wedding. 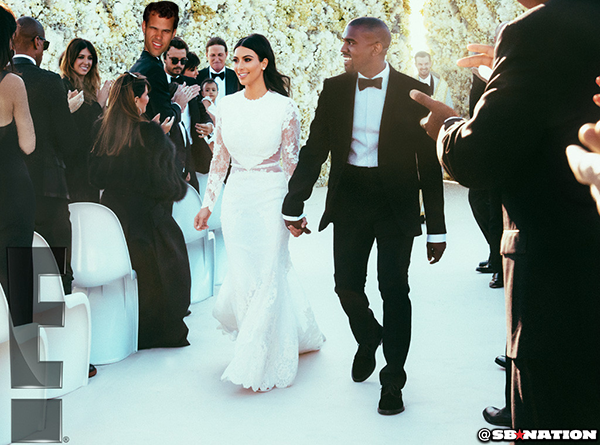