Pictures of 50 Cent's first pitch somehow make it even better

The GIF allows us to witness 50 Cent's first pitch. The images allow us to break down the horrors second by second.

Share All sharing options for: Pictures of 50 Cent's first pitch somehow make it even better

It is horrendous. It is obviously horrendous just from watching it. We cannot overstate the horrendousness.

However, we somehow think it is even more amazing thanks to the pictures taken of the event, which capture the terrible throw moment-by-moment. 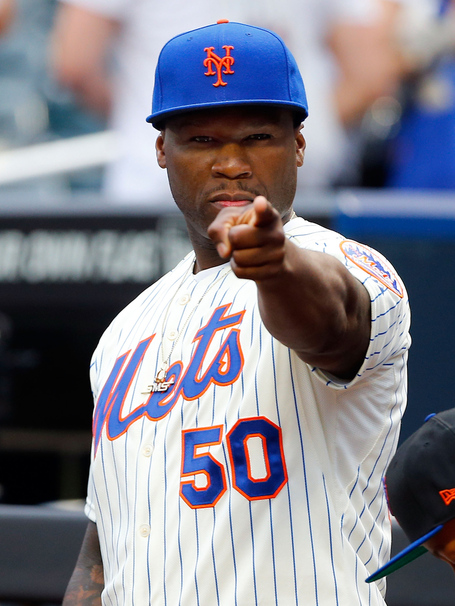 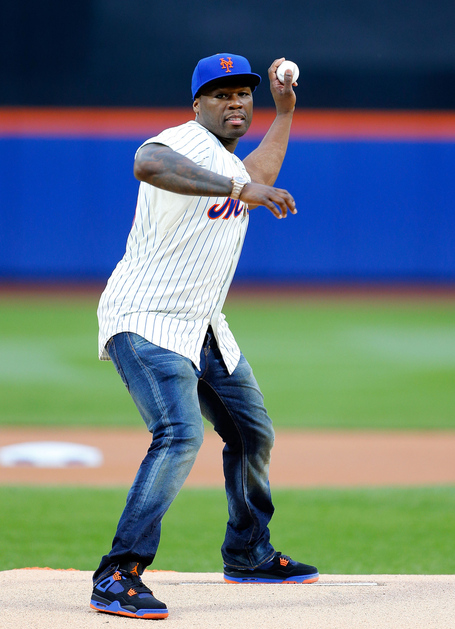 okay we're off to a bad start here 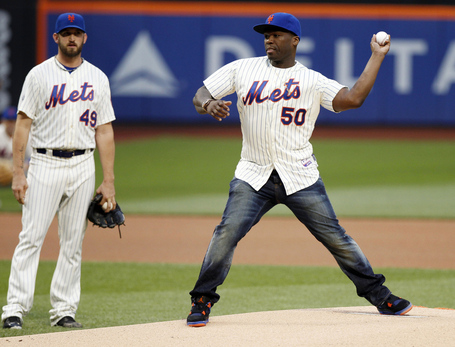 Enjoy actual pitcher Jon Niese looking on in fear and disgust. Looks like he's throwing a palmball, which is neat. 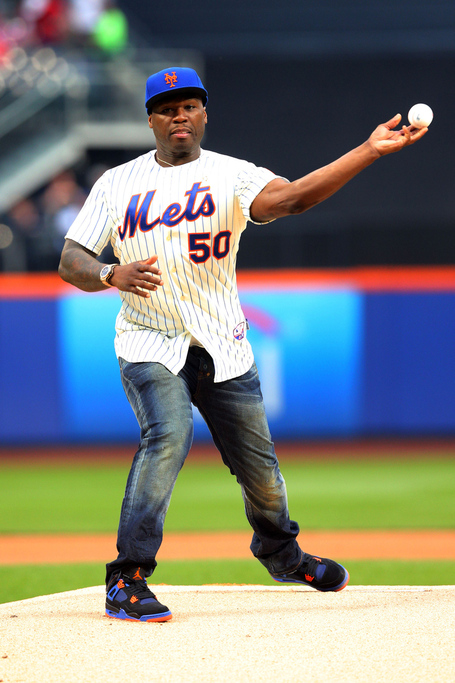 Maybe Fifty is just a submariner? To be honest, as a lefty, he could have a future pitching from that angle as a situational one-out guy. Although whatever is going on with his left foot is a real problem. 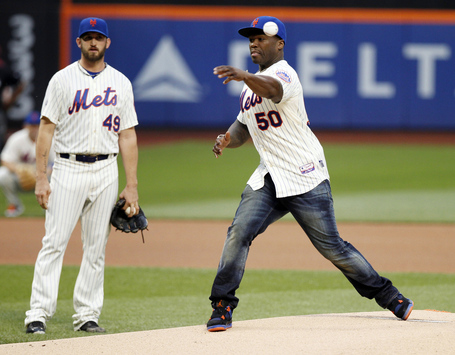 This is where it's obvious things have gone horribly wrong. LOOK AT THE BALL. It was supposed to go straight. Instead it is causing a partial eclipse of 50 Cent's head as it heads towards the cameraman. 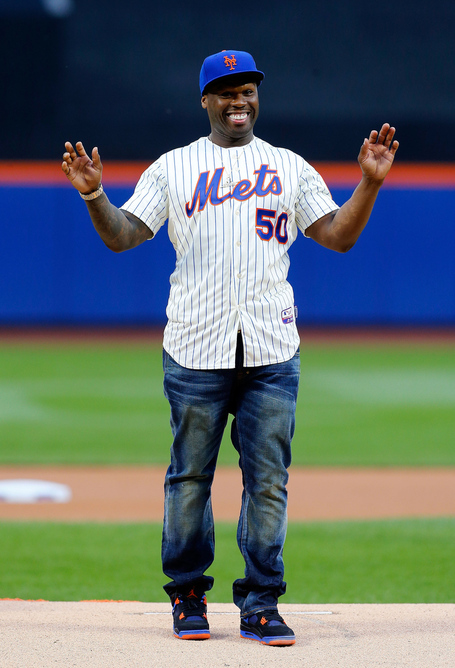