Ansun and Sriram are the first co-champions since 1962!

Once the Bee gets down to two or three contestants, the contest switches to a list of 25 final words. If the contestants make it through all 25 words (i.e. no round ends with exactly one person having answered correctly), whoever remains is a co-champion. If Ansun had missed "feuilleton" at the end, Sriram would have had the opportunity to win on his own. 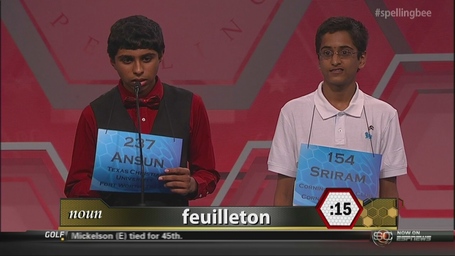 But Ansun wasn't gonna miss that. Ansun's a beast.

Nope, the Bee hadn't had co-champions since 1962. Oddly, there were co-champions before that in 1950 and 1957. I'm not sure if that is because the rules were different, because the words easier, or just a coincidence.

They need to fix this. Ties are unacceptable.

Well, spelling contestants are, as Sriram put it, battling the dictionary, not each other. So it's really no less of a trium--

THEY NEED TO FIX THIS. IT'S SOCIALIST.

Okay, what do you recommend?

TRIAL BY COMBAT. BATTLE TO THE DEEEEEEEEATH. 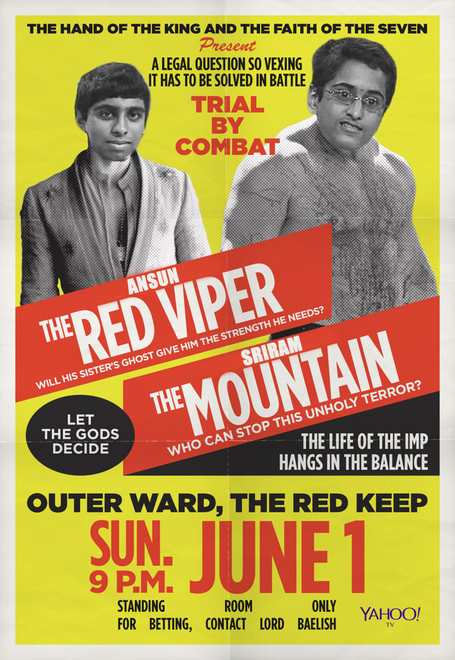 This is making me uncomfortable.