While you watch the Wizards in the playoffs, remember that Gilbert Arenas is still out there, still getting paid (he's due amnesty money until 2016!), and still rooting for Washington. Alas, off-the-court Gilbert is an entry-level internet troll, and his hating game has been ... well, not strong, but certainly prolific during Game 1 against the Pacers. 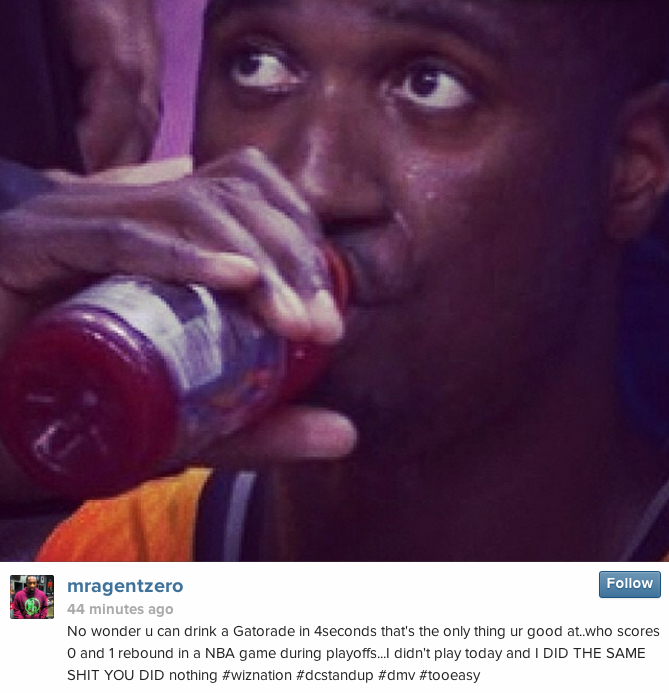 These are all gonna be screencaps/rehashes of preexisting Pacers memes, by the way, because Arenas isn't even a creative troll. 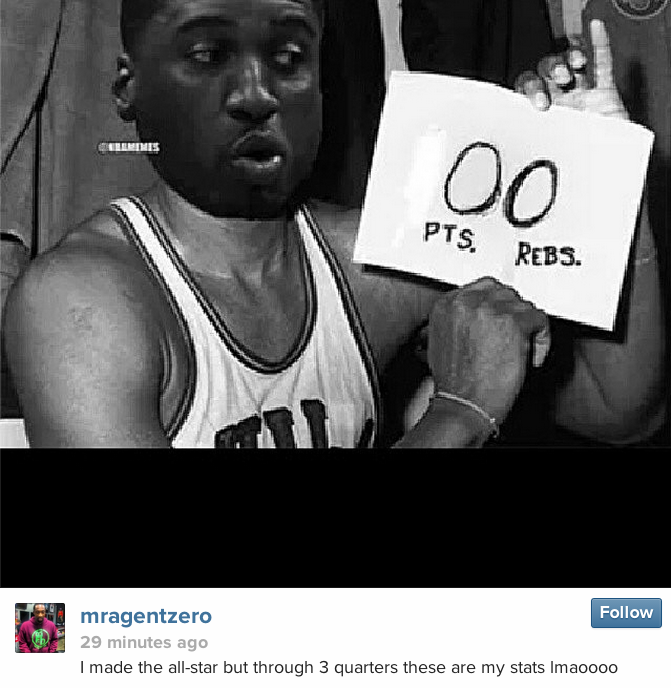 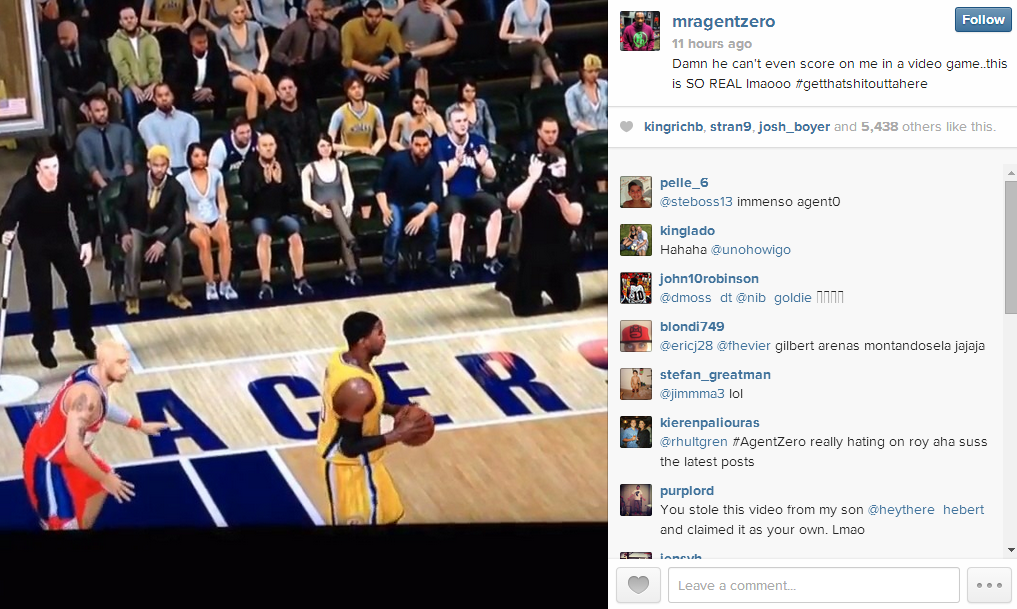 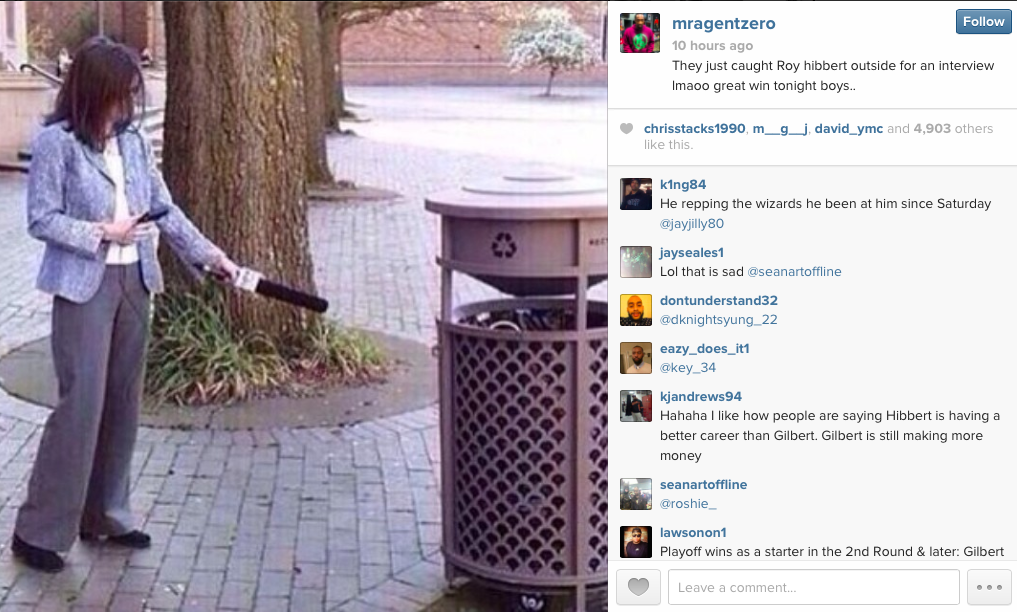 (These are screencaps because several of the ones originally posted have been deleted.)

Update: Gil's not the only NBA star with a career cut short by injuries taking digs at Roy Hibbert tonight:

Me and Roy Hibbert had the same amount of points and rebounds tonight.

Update: As Complex reminds us, bear in mind today is the anniversary of Arenas missing two crucial playoff free throws, so perhaps he's feisty for a reason.