Never before has a 7-foot All-Star been this awful in the playoffs.

Roy Hibbert keeps on making history as the Pacers struggle through the NBA playoffs. Let's cite some facts.

Among All-Star 7-footers who made the playoffs, Roy Hibbert has the

Even once you adjust for minutes, it's pretty bleak for Roy. 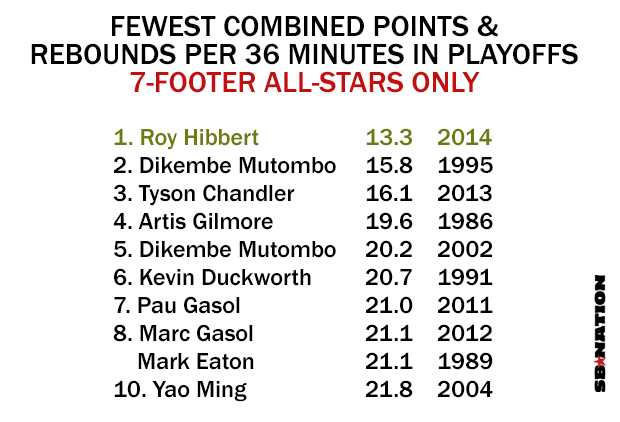 Things are going to change now, though.

Roy Hibbert: "I’m going to change some things up for the second game. I’m going to look within myself and go out there and figure it out."