The 12th inning of a college baseball game is kinda like two and a half hours into a three hour lecture.

Virginia scored to tie their College World Series game against TCU at 2-2 in the fifth inning, and then nobody scored for about 70,000 years. It is now the top of the 12th:

And whatever this is: pic.twitter.com/cprso8IzJL 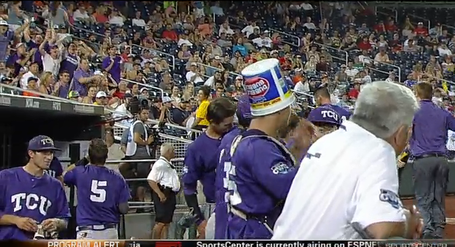 The fans handled it well too. 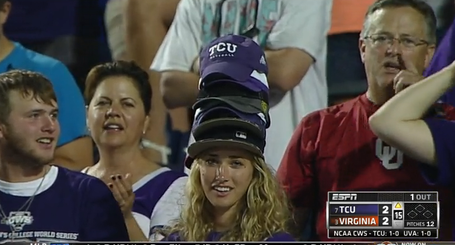 (No word on how Virginia was able to stay sane.)

The Cavaliers would win on a sac fly in the bottom of the 15th, but both sides deserve congrats on an amazing game -- and on managing to stay sane for five hours. UVA remains in great shape as they're undefeated, whereas TCU now moves on to an elimination game.