The Houston Rockets star tweeted about politics on Saturday, and ended up upsetting everyone by backtracking immediately.

Dwight Howard learned on Saturday that an athlete getting involved with politics on Twitter, no matter how good your intentions, is not a good idea.

Here's the now deleted tweet from Howard (image via @DugsiDropout): 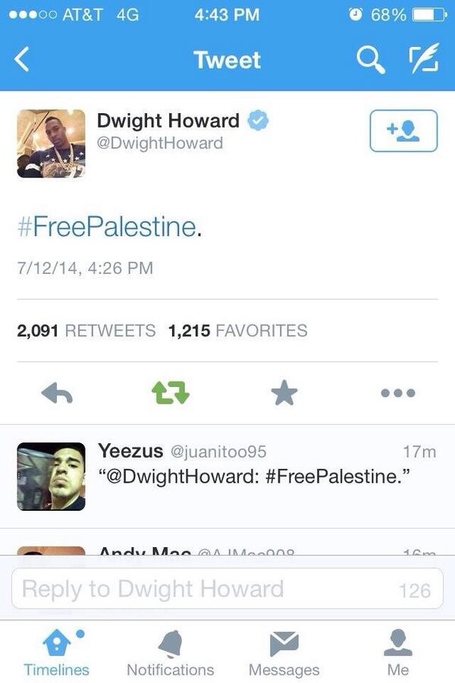 Howard left the tweet up for about 15 minutes before replacing it with an apology and claiming the tweet was a mistake, upsetting everyone in the span of three short tweets.

previous tweet was a mistake. I have never commented on international politics and never will.

I apologize if I offended anyone with my previous tweet, it was a mistake!