Matt Schaub is the Oakland Raiders new quarterback and he looks extremely happy to be there. He's the focus of a new series of advertising trying to push season ticket sales but there's a problem: He looks devastated to be in Oakland.

There are a whole host of things Schaub could advertise next. The possibilities are endless. 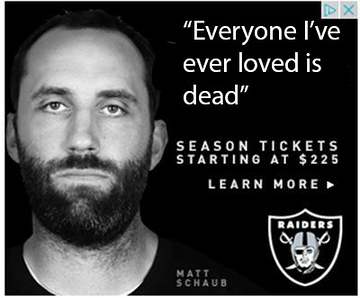 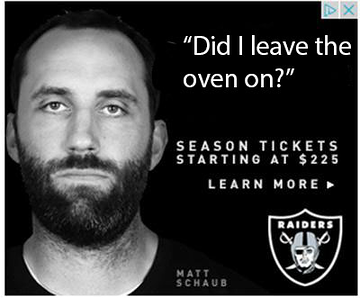 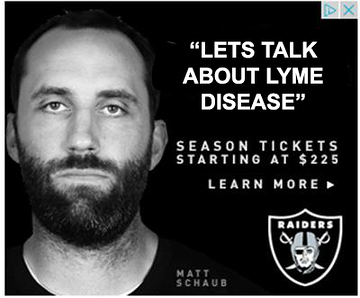 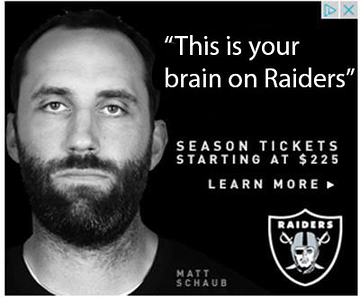 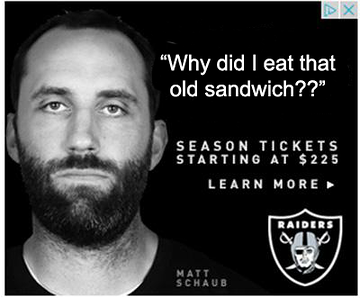 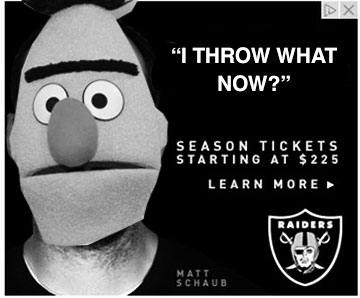 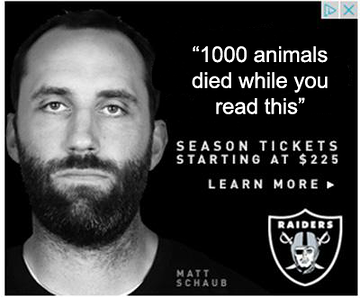 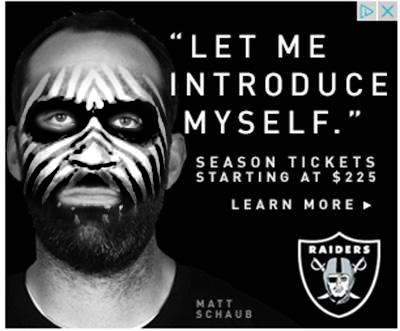 Alright. It's your turn internet. Have fun.