Last we checked, a restless, injury-rehabilitating Joel Embiid had conceded his Twitter effort to DM with Kim Kardashian and moved on to publicly asking Rihanna on a date. The quest seemed doomed from the outset ... until this important update (via Scott Chasen and Lana Berry): 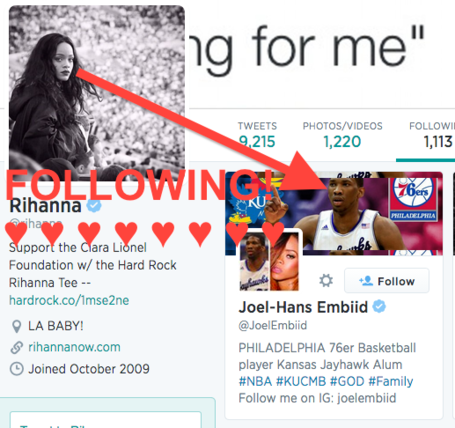 2. She favorited one of his slightly-creepy-if-he-weren't-joking-he's-joking-right tweets about the two of them "going on a date"! 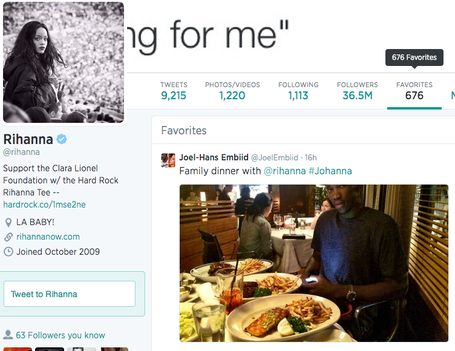 MY WORD, IT'S WORKING. DON'T MESS THIS UP, JOEL.