Share All sharing options for: Joel Embiid is going to tweet at LeBron until he's a Sixer

@KingJames hey bro hope you're having a good day...... Want to join us in philly?? Peace

The Internet had a good laugh, because, well, LeBron is not signing with the Sixers.

Been a day.. still waiting for @KingJames to answer me like (TAPE DELAY GUYS) how can you do that to me? @espn pic.twitter.com/LkeGQLrszQ

Ha! Joel Embiid is legitimately funny, and we love that he loves memes, so ... now here is this. 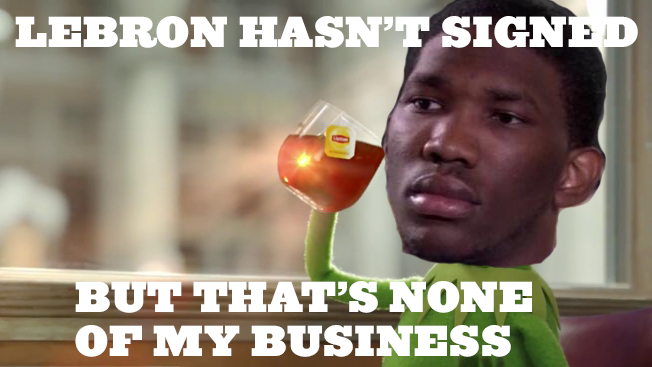 UPDATE: After an unsuccessful recruitment, Embiid has apparently given up.

He probably DM'd me but I dont read my DMs so I'm gonna go ahead and block him pic.twitter.com/PunjHSiQRI