Internet freaks out over Cavaliers owner's plane flying to Florida

That plane's made free agent visits before...

Share All sharing options for: Internet freaks out over Cavaliers owner's plane flying to Florida

This isn't the easiest thing to follow, but let's walk through it as best we can. First, there was this:

". @LullOnSports:Cavs owner Dan Gilbert is currently en route to south Florida." I am? Sorry folks but enjoying weather in my backyard today

End of story, right? NO MADAM. Cavs fans took a page from the college football fan playbook and found a damn plane. This, apparently, is Gilbert's (Rolls Royce!) plane. All the details check out:

And the plane is registered to SLAN LLC. Its address? 1074 Woodward Ave in Detroit. Same as Rock Ventures. http://t.co/O5trAdC9q0

And so does the flight history vis a vis the Cavaliers' free agent pursuits of Kyrie Irving and Gordon Hayward: 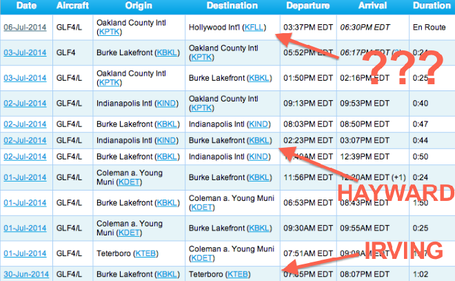 So, yeah, a plane that appears to belong to Dan Gilbert and has apparently been flying around to meet free agents -- whether or not it currently contains Dan Gilbert -- set off for Fort Lauderdale on Sunday afternoon. Here it is en route: 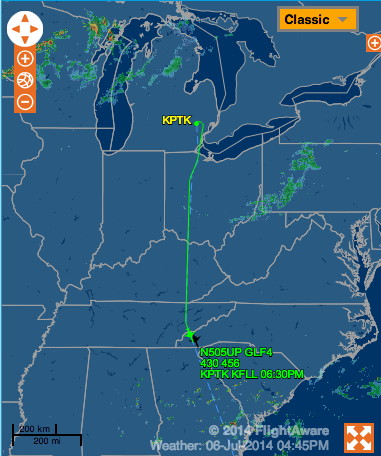 Should've clarified earlier. Dan's plane was scheduled to take off for South Florida at 2pm. Could be sending it down for someone.

You've gotta be kidding me pic.twitter.com/3v78vWQnXX

So you know it's real.