Share All sharing options for: Mets game filled with trash

The New York Mets earned their 4,000th win in team history Tuesday night against the Atlanta Braves, which is exciting for them. The baseball gods saw this event unfolding and decided it was too purely positive for the Mets, so they unleashed the TRASHWINDS:

Mets celebrate their 4000th win in franchise history on a field covered in garbage, which is just about right. pic.twitter.com/xRXrOlKqrV

There appear to be some plastic bags and other odds and ends mixed in there, but I think we found the main culprit:

Looks like a napkin dispenser at Citi Field is broken lol #Mets pic.twitter.com/QJPZ0oTUTK

This has happened before, by the way: Citi Field has a chronic TRASHWIND problem. This is April 23: 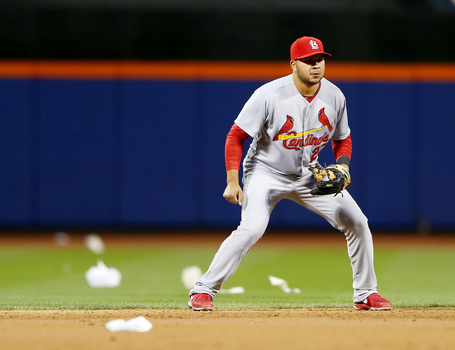 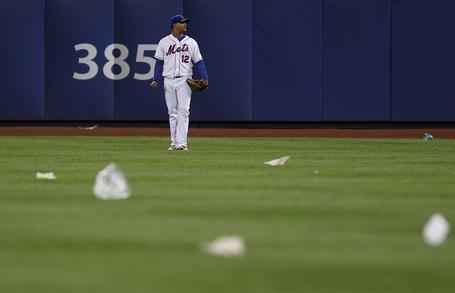 When the Mets win their 8000th game in the year 2973 or whatever, they'll look back at highlights from Tuesday night and be like "wow, weather used to be really weird." Yeah, yeah it did. Queens used to have napkin storms.