This cat knows how to strut.

Nebraska doesn't have a stellar history of alternate uniforms, but all that could change now that fun-lovin' Bo Pelini has taken over from his former, grumpy self. There's a whole lot of red and black, which makes it look pretty good -- though that doesn't help the shoulders from looking like they've been run over by a truck, or made out of quilted toilet paper.

The real story here isn't just the uniforms, but the reveal. You're not prepared for this.

Who's this new recruit sauntering into the locker room? A new tight end? Perhaps a fullback. Either way he's got a little bit of baby fat, but we'll work on him. 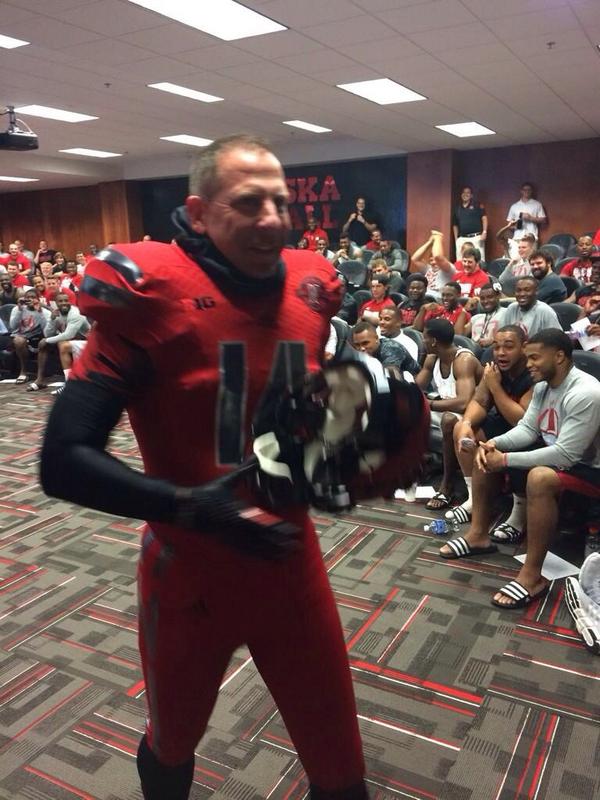 The new Bo Pelini is amazing. That said, there was a huge missed opportunity to pull a kitten from that helmet. It really would have topped the look off perfectly.

Update: We have video now!