As you can't possibly not know by now, Osama Bin Laden is dead following a CIA operation. If Twitter is a microcosm of how the people are feeling and what they're discussing at a given moment, then the people of America are thrilled, happy, relieved, concerned, inquisitive and can hardly contain themselves.

Watching the reaction sweep across the Internet from the time it was announced that President Obama was going to make an announcement to the time the rumors began to swirl to the moment every news network started reported it as fact was something to behold.

By the way, kudos to the guy with the most well-timed jersey possible: 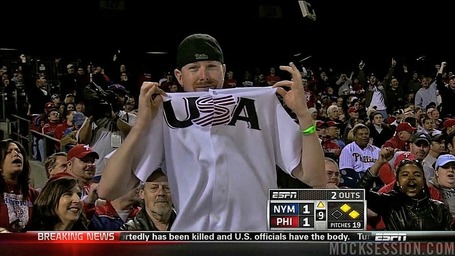