The Home Run Derby was all fun and games, but there was a scary moment during the festivities on Monday. A fan reaching for a deep home run nearly fell over the railing, only to be saved by a few quick-thinking fans. The distance to the ground, which you can see in the picture below, was significant, and likely would've caused serious harm. It's unknown exactly how the fan ended up in the perilous position, but it appears he may leaned too far over the railing while trying to catch a ball. 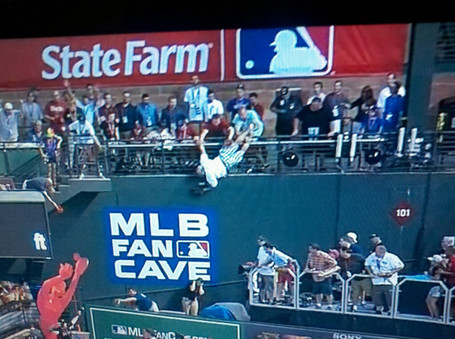 This is about the last thing anyone wants to see after what happened in Texas last week. At a Rangers game, a fan in left field leaned over the railing to catch a foul ball thrown into the stands by Josh Hamilton, but toppled out of the stands head-first, falling nearly 20-feet to the concrete below. The fan was pronounced dead a short time later in what can only be described as a tragic accident.

The man in the photo was lucky, but it's still an absolutely scary sight.

UPDATE: AP has some additional photos of this man, and it's pretty clear why he almost fell some 20 feet over the rail: He was acting like a moron: 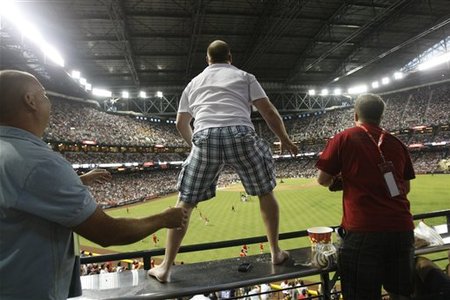 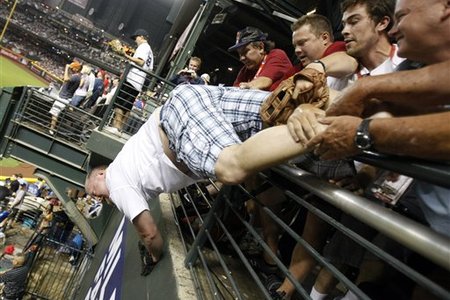