Two of baseball's most storied franchises face off for the chance to compete in the World Series.

Share All sharing options for: NLCS 2013 preview: Dodgers vs. Cardinals

The Cardinals survived in what was arguably baseball's toughest division, the NL Central, and then defeated their most significant foes in the Pirates in a five-game National League Division Series. In both instances, they were powered by their mix of veterans and kids. Staff ace Adam Wainwright picked up two of the club's three wins against the Pirates, rattling off 16 innings with 15 strikeouts, one walk, and just two runs allowed, and 22-year-old rookie Michael Wacha somehow nearly showed that up with a 7-1/3 no-hit bid that turned into a Cardinals' 2-1 victory. Carlos Beltran had something of an off series for him, posting "only" a 944 OPS in the first round -- his career playoff slash is .345/.453/.761 in 172 plate appearances -- and he was joined by fellow veteran Yadier Molina and his 929 OPS. Matt Adams, the 24-year-old filling in for the injured Allen Craig, similarly mashed, as did, inexplicably, light-hitting shortstop Pete Kozma, now the owner of a postseason OPS 128 points higher than his career regular season one.

The Dodgers handled the Braves with more ease in their own playoff round, dispatching Atlanta in four games, in part by employing staff ace Clayton Kershaw in Game 4 just because. Their road to the playoffs was also a simpler one: it started out rough, thanks to injuries and a Puig-less existence, but once some modicum of health arrived in concert with Yasiel Puig's promotion, it was off to the races against NL West clubs that weren't built to keep up. Don't take that to mean the Dodgers aren't capable, as they aren't even at full strength thanks to the loss of Matt Kemp and the hobbled nature of Andre Ethier, but they still got here convincingly and advanced just like St. Louis.

The aforementioned Kemp had shoulder surgery, so he's out, and Ethier is something of a question mark both in terms of how much he'll play and how he'll do. Besides that, though, there's a lot to like. The Ellis' A.J. and Mark weren't great at the plate, but aren't black holes given their positions. After that, you've got Juan Uribe (117 OPS+) at third base, Hanley Ramirez absolutely tearing it up at shortstop, Yasiel Puig doing the things that have already made him famous just months into his career, and quality second-fiddle performances from Adrian Gonzalez and Carl Crawford. All told, this lineup amassed a 104 OPS+, surprisingly tops in low-offense National League, but also in a tie with their NLCS opponent. 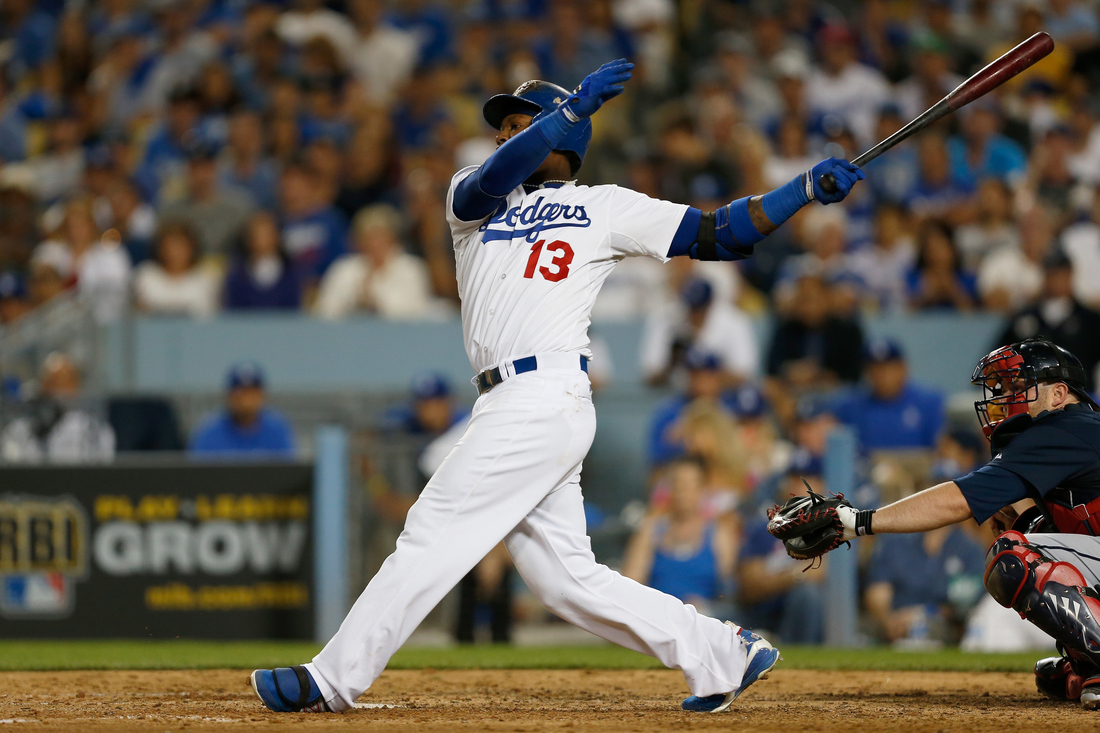 While Craig isn't going to be on the NLCS roster either, Matt Adams filled in more than admirably both in the regular season (.284/.335/.503 in 108 games) and the NLDS. Pete Kozma is the only black hole in the lineup, and it didn't hurt St. Louis in the regular season -- sure, they could have been better, but in a league where pitching was king, pitching the Cardinals have in spades, they could deal with a lone Kozma. Matt Holliday, Beltran, Molina, and Matt Carpenter make up the rest of the scary lineup members for Dodgers' pitching. The one concern is, now that Craig is gone and Adams is off of the bench, there aren't any worthwhile bats for pinch-hitting and the like late in close games.

Edge: Considering both clubs are missing a star offensive player, this remains as much of a toss up as it was during the regular season. Yes, Ethier is also potentially missing/unproductive, but Pete Kozma exists to balance this out. The one separator is likely going to be the bench, so the Cardinals better hope games don't come down to having the right pinch-hitter in place. 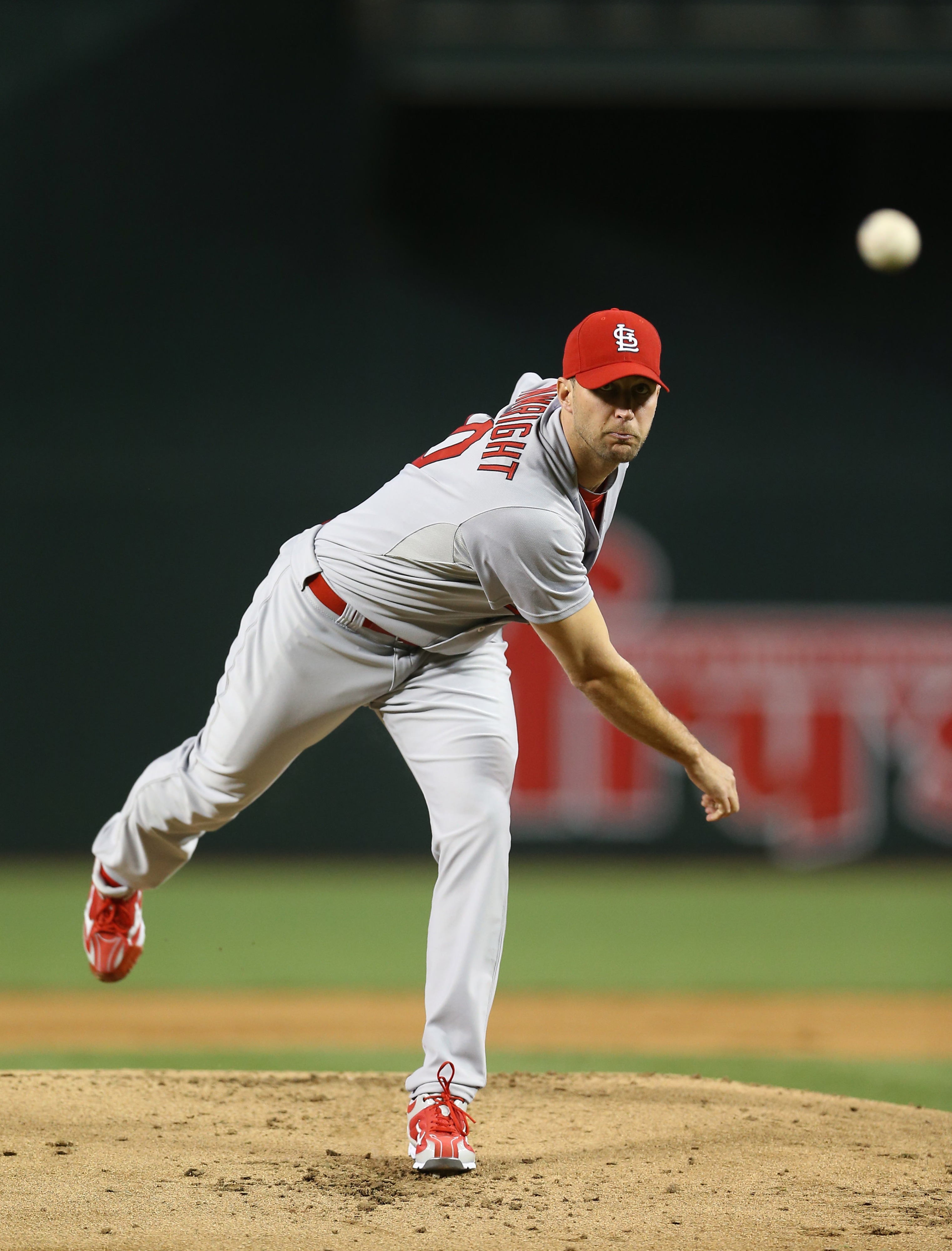 Clayton Kershaw is an absolute beast, and arguably the NL's best pitcher. Zack Greinke is an ace for most clubs, but he's Los Angeles' second-best. Hyun-jin Ryu had a lovely little rookie campaign, posting a 119 ERA+ with believable peripherals that included over three times as many strikeouts as walks. The one real question mark is Ricky Nolasco, whom the Dodgers didn't even believe in enough while up two game to one over the Braves heading into Game 4. While he was productive overall for the Dodgers, he did scuffle down the stretch, leading one to wonder if the Dodgers would skip him once more if they felt Greinke on short rest was a necessity. On the reliever side, closer Kenley Jansen can get the job done in the ninth, and the trio of J.P. Howell, Paco Rodriguez, and Brian Wilson should be capable of filling in the in-between.

You should know the score by now. Adam Wainwright is one of the NL's best. Joe Kelly is a reliable enough back-end arm that can bridge to the bullpen. Shelby Miller didn't get an NLDS start, but he had an impressive rookie season, albeit one where lefties and road games gave him fits. The Cardinals lost Jake Westbrook, but simply replaced him with Michael Wacha, who was so good down the stretch that he took what likely would have been Miller's Game 4 start and then twirled a gem that resulted in a Cardinals' victory. The bullpen is similarly deep, with uber-rookie Trevor Rosenthal the closer, Seth Maness there to limit walks and induce grounders, and Kyle Siegrist in to miss any bats that need missing. Another youthful rookie, Carlos Martinez, was relied on in big spots in the NLDS, and it wouldn't be shocking for more trials by fire here, given the way the Cardinals like to get their kids' feet wet.

Edge: Ricky Nolasco is the difference here -- if the Dodgers start him, the Cardinals have a clear edge. If they skip him to roll with Greinke on short rest, things tighten up, but are likely still in St. Louis' favor.

The Dodgers posted the superior Defensive Efficiency, but their outfield defense is a question mark with Ethier either not playing or doing it on one leg. Puig is great, but he's not necessarily center field material. That's just one position, of course: Adrian Gonzalez knows what's up at first, Uribe is much better at third than you'd think from looking at him, and even Hanley Ramirez seems to have taken a step forward with the leather.

Oh, also, Yasiel Puig can do this:

The Cardinals rank 12 spots behind the Dodgers in the Defensive Efficiency rankings, but that's a bit misleading, as both clubs are on the outside of the average-ish cluster -- they're separated by only six points, with the Dodgers converting 70.9 percent of balls in play into outs, and the Cardinals 70.3 percent.

Edge: This is, once again, somewhat too close to call: the Dodgers should be better here, but their outfield might be a mess.

It's going to be difficult for either Don Mattingly or Mike Matheny to screw up too much, as injuries have limited their available options on the bench, and basically every reliever of consequence is a high-quality one. That being said, the Dodgers' decision to carry Edinson Volquez and Carlos Marmol on their playoff roster is questionable -- we did say "basically" every reliever -- and makes you wonder if Mattingly is days away from a mistake he'll instantly regret. Matheny's primary issue could come down to how he uses Trevor Rosenthal -- if he's saving him for clean innings in the ninth, and not putting him in for four- and five-out saves as situations necessitate, he could be similarly burned. The Cardinals will also have to be careful about pinch-running and the like in close games, as there's just little on the bench that can adequately replace any non-Kozma regular in the lineup. 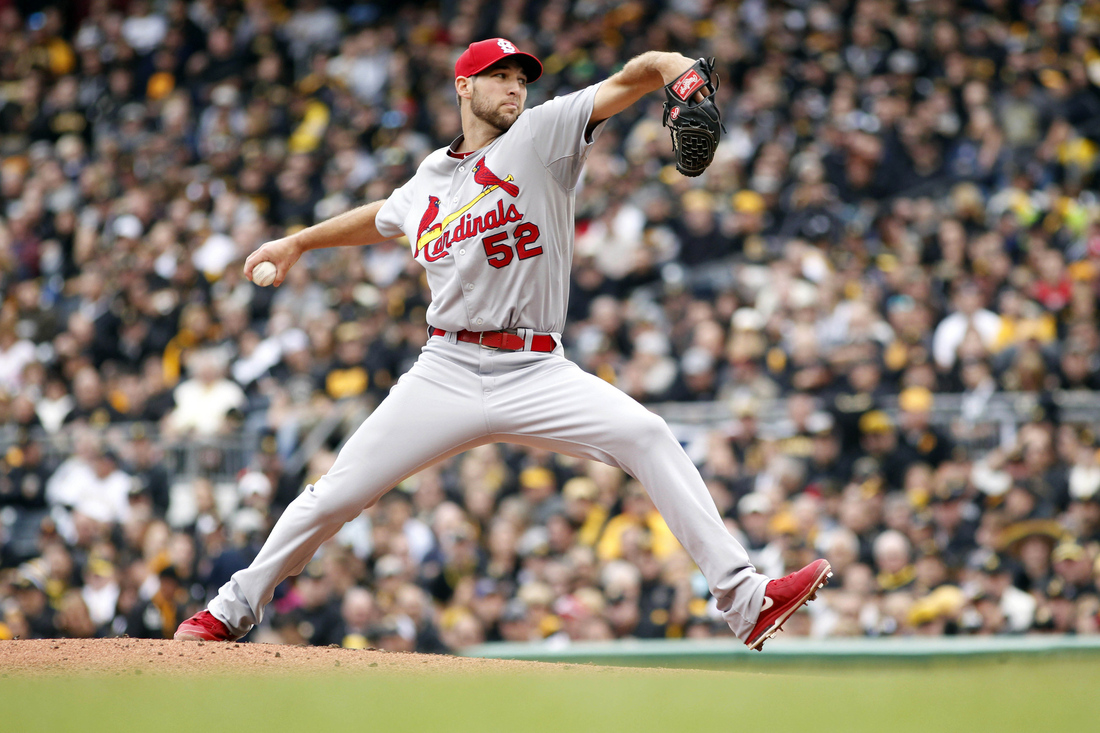 Is it even possible for Michael Wacha to break out any further? Let's find out!

The Cardinals have the ever-so-slight pitching advantage, and the Dodgers can hit just a little more, but only if you consider that their late-game options are likely superior. If the Cardinals pitch like we know they can, that won't matter one bit: Cardinals in six.

• Goldman: Verlander rises to occasion | What the Tigers did to Bob Melvin

• Yankees will be "serious players" for Tanaka

• Dodgers will be "most aggressive" pursuing Price