Dr. SB Nation: How to fix the Houston Astros

Beginning a new series in which we look at where each team has been and how it might get to where it wants to go.

Share All sharing options for: Dr. SB Nation: How to fix the Houston Astros

The Astros finished 14th in the American League in runs scored. They were 14th in batting average, 15th in on-base percentage and slugging percentage. They struck out over 100 times more than any other team in baseball and more than 300 more times than the MLB average. They also allowed more runs than any other team in the American League, gave up the most walks, struck out the second fewest batters, and allowed the third most home runs. Their 4.79 team ERA actually hid how bad they were because they actually allowed more unearned runs than any other team in baseball. And their bullpen might have been one of the worst of all time. Fielding? They had the lowest fielding percentage in baseball, tied for the second worst Defensive Efficiency, and finished among the worst in baseball in Total Zone, Ultimate Zone Rating, and Defensive Runs Saved. They traded away Bud Norris, and their lone All Star, Jason Castro, never even got in the game and finished the year on the disabled list.

Key Stat: 1535 strikeouts. That's how many times the Astros fanned in 2013. That's more than a quarter of the team's at bats. To put that in context, just 11 players who qualified for the batting title finished with a higher percentage of strikeouts than the entire Astros team, and one of those was the Astros' own Chris Carter (36.2 percent). Brett Wallace struck out 104 times in just 285 plate appearances. Even light-hitting rookie Jonathan Villar struck out 71 times in 241 plate appearances. If the Astros are going to make improvements at the plate, they need to start by cutting down on the strikeouts. No, striking out is not much worse, value-wise, than any other kind of out. But if the Astros had even a league average strikeout rate, their pitiful .299 team on-base percentage would have soared.

Breakout: Jarred Cosart and Brett Olberholtzer. While the rest of the pitching was atrocious, the Astros debuted two impressive youngsters late in 2013. Oberholtzer is easily the more suspect. After flashing good strikeout rates in the minors, the 23-year-old was unable to blow the ball past big leaguers in his first go around the league. He did, however, demonstrate impeccable control at the major league level while limiting the damage done by home runs. He will not post a 2.76 ERA again as long as he can't generate more swings and misses, but he should hold his own as a back-end starter. Similarly, Cosart's impressive minor league strikeout numbers took a huge dive in the majors, but his impressive sinker made up for his inability to control the strike zone, and he allowed just 15 runs in ten starts. Assuming he continues his development, Cosart has number-one or number-two starter stuff, and between him and Jonathan Singleton the Hunter Pence trade is looking pretty good right now.

Yes, at 23 and 22 respectively, they were young, so their .678 and .640 OPSes may not be immediately alarming. But Altuve saw his plate discipline erode dramatically in his second full season, after an impressive breakout campaign in 2012. And Villar, as I pointed out above, had significant troubles putting the bat on the ball. Worse, their speed on the bases was largely neutralized by their poor baserunning skills. Altuve was picked off ten times this year, most in the NL, while finishing second in outs made on the bases. Villar was picked off six times too, in fewer than 60 games, and was also thrown out four times trying to stretch hits. And neither of them have been above replacement level defenders according to UZR (although small sample sizes could be an explanation for Villar's performance). These two could form the double play combination on the next good Astros club, but it's going to take significant improvement from both of them. 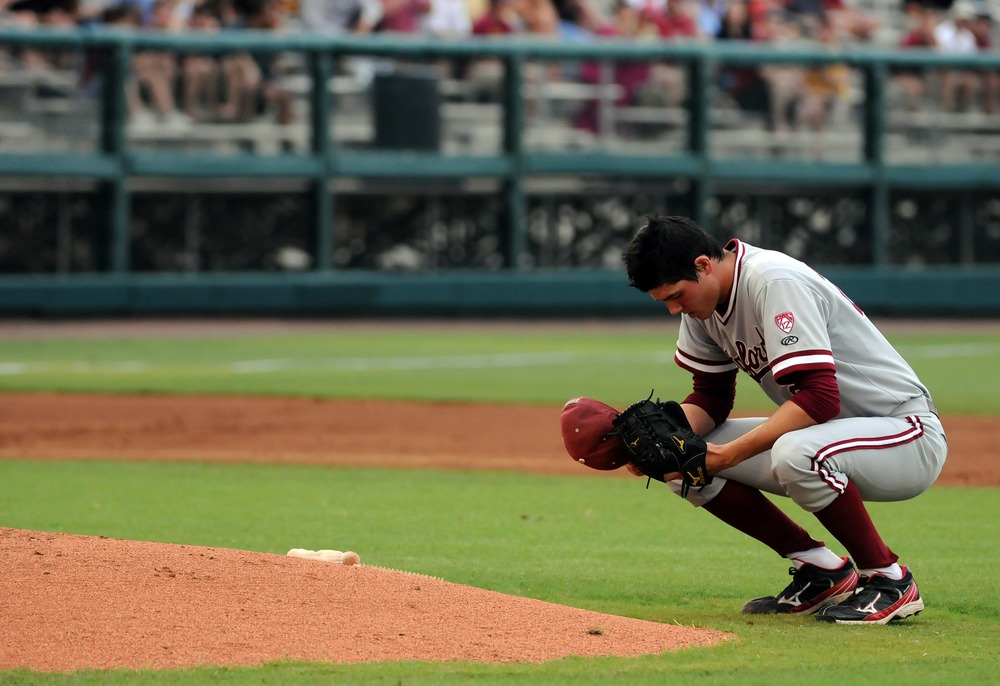 Prescription: With apologies to Batman...

Jeff Lunhow: Fandom is dying, Kevin. What would you have me do?
Kevin Goldstein: Endure, Master Lunhow. Take it. They'll hate you for it, but that's the point of the general manager, he can be the outcast. He can make the choice that no one else can make, the right choice.

After the Detroit Tigers lost 119 games in 2003, it took them another two full seasons of 90 losses before jumping back over 90 wins and into the World Series. They were patient and played the long game. They slowly amassed prospects and players, just like the Astros are doing now. They built a strong franchise with an incredible core talent of players, thanks to good decision making by Dave Dombrowski and an owner who was willing to spend money when he needed to spend money.

If Astros owner Jim Crane and what remains of the Astros' fan base can be patient, this team is going to be similarly poised to break out with players like Cosart, Singleton, Springer, Carlos Correa and Mark Appel. Nothing is going to put the Astros in position to win in 2014, but they can begin adding pieces now (as the Tigers did with Carlos Guillen and Ivan Rodriguez in 2004) that will be in place in 2015 and 2016, when the club will start to be able to see the fruits of its rebuilding efforts, but only if the player fits a need and the terms of his acquisition are clearly in their favor.

Could the Astros rebuild through trades? see The Crawfish Boxes for more!

In that context, Jon Heyman's story that the Astros might pursue Shin-Soo Choo actually makes a great deal of sense. Choo will be 31 next year, but he has adequate speed to maintain his defensive value in a outfield corner spot, at least for the next couple years until he transitions to designated hitter. He also provides elite on-base skills and decent power, both of which seem unlikely to atrophy for the next several years. And for all the young talent in their organization, the Astros are light on corner outfielders (assuming George Springer stays in center). Regardless of what happens this offseason, Houstonians will have a long 2014. Still, moves like this can at least signal that the franchise is on the upswing and anticipates competing relatively soon. They can be a small light in the darkness.  Besides, it's not like the Astros are doing anything else with their money at the moment.

• The 12 biggest names on the trading block

• Our 5 favorite memories of Jim Leyland