Dr. SB Nation: How to fix the Minnesota Twins

Continuing a new series in which we look at where each team has been and how it might get to where it wants to go. It's the Twins' turn on the couch.

Share All sharing options for: Dr. SB Nation: How to fix the Minnesota Twins

It was identical to 2012's record. Over the last three seasons, the Twins have lost 291 games, more than any other team except the Astros (who I covered earlier this week). 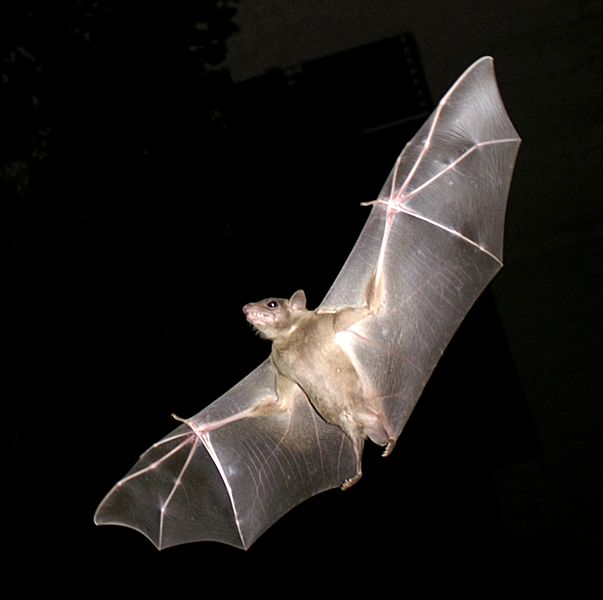 It's said the definition of insanity is doing the same thing over and over again and expecting a different result. And it is thus that we have to declare the Twins have officially gone nuts. This club was horrible from top to bottom because they went into 2013 filling out the roster the same way they had for the last three seasons, with marginal minor league veterans and pitchers who couldn't miss bats. Each time they have wound up massively outgunned by their more innovative competitors.

For the third straight year, they finished last in the American League in pitcher strikeouts and second to last in runs allowed, this after making moves last offseason to bring in contact-inducing machines Kevin Correia, Mike Pelfrey, and Vance Worley, They plugged holes with minor league lifers and replacement-level players like Sam Deduno, Andrew Albers, Doug Bernier, Pedro Hernandez, Clete Thomas, Chris Colabello and P.J. Walters. Meanwhile, in what has been a familiar refrain, the medical staff had notable failures treating Scott Diamond, Darin Mastroianni, and Wilkin Ramriez.

Worse, due in part to all of the injuries to players like Joe Mauer, Josh Willingham, Ryan Doumit, and Deduno., the high-profile failure of rookie center fielder Aaron Hicks, and their decision to give expanded roles to extremely limited offensive players like Pedro Florimon, Chris Parmelee, and Trevor Plouffe, they also finished thirteenth in baseball in scoring. Their problems hitting the ball were compounded by the hitters' refusal to swing at pitches in the strike zone, especially late in the season. The Twins finished 29th in baseball in strikes swung at, 29th in strikeouts looking, and 29th in total strikeouts. It was a total failure of both execution and approach, and one that's equally damning of the players and the coaches.

That's just six strikeouts per game in a league that averaged 7.6. In other words, the average MLB club struck out almost nine full games-worth of batters more than the Twins in 2013. The Detroit Tigers, who led baseball in strikeouts, struck out almost 16.5 more games-worth of batters than the Twins did. The Twins' inability to miss bats was especially apparent in the starting rotation; Minnesota starters couldn't even punch out three batters per start. Of the 390 pitchers to throw at least 40 innings in 2013, the Twins have four in the bottom 10 in strikeout percentage (Diamond, Albers, Worley, and Hernandez). Kyle Gibson ranks 13th-worst in baseball, and Correia is 20th. When we raise that threshold to 100 innings, all four of Minnesota's starters who managed to toss more than 100 frames (Diamond, Correia, Deduno, and Pelfrey) are listed in the bottom 20. This reflects an organization-wide failure of leadership philosophy and understanding over the past half-decade. It takes time to build a starting rotation this futile. 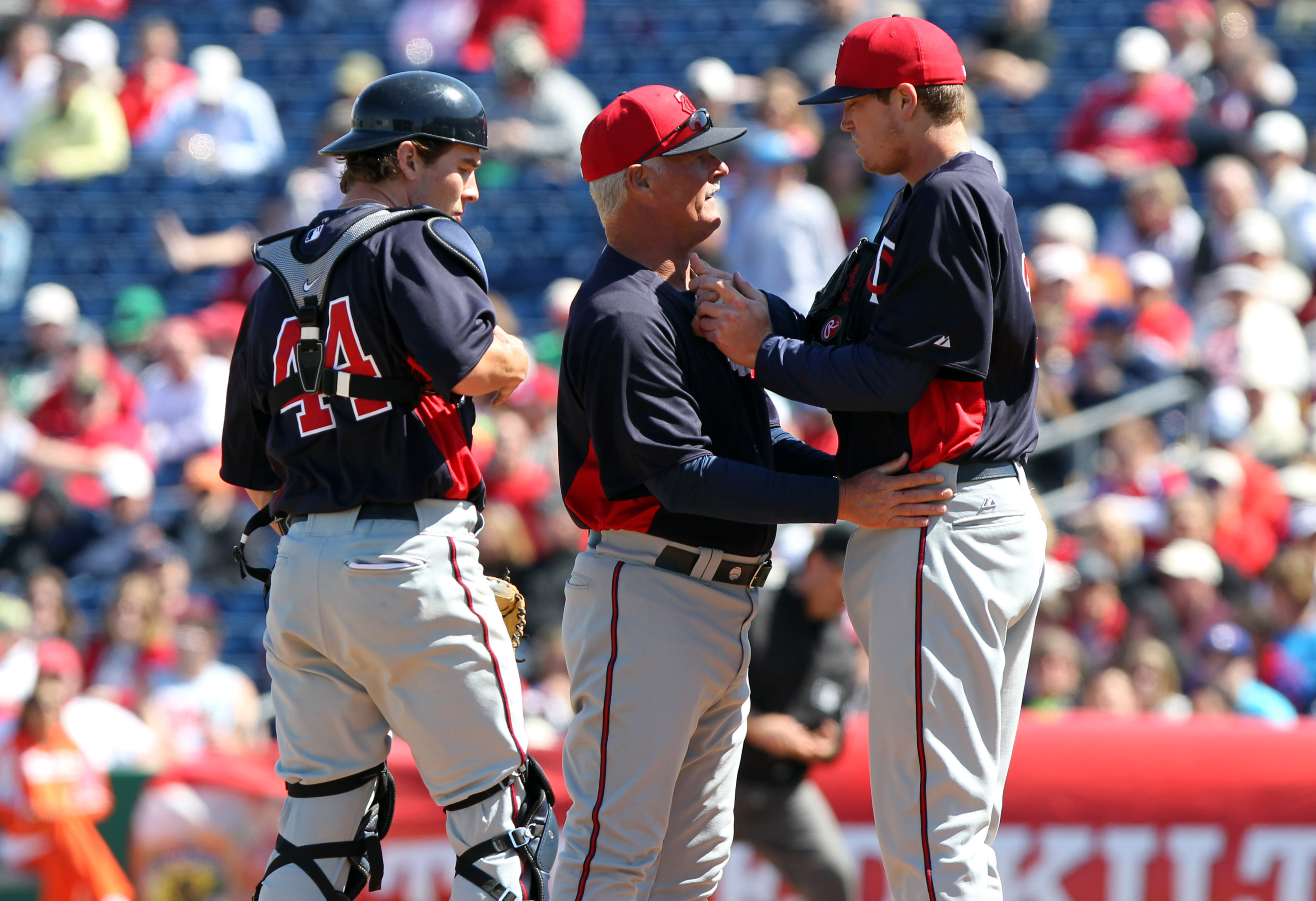 The lack of strikeouts puts additional pressure on Minnesota's already horrible defense, which often boasted the statuesque (not in a good way) Willingham in left field, the bumbling Ryan Doumit in right field, and the clueless Oswaldo Arcia rotating between those positions. The only positions where the Twins were comfortably above average defensively was at catcher, when Joe Mauer wasn't out with a head injury, and shortstop, where Florimon performed admirably. With fewer strikeouts, there were more balls in play, and thus more hits could fall in between the immobile defenders.

Where do the Twins need the most help?: Twinkie Town has the answer

The good news is that the club has begun to acquire players who should be able to push those strikeout numbers northward, when and if they debut. Unfortunately, the Twins aren't likely to promote Alex Meyer, the one closest to the majors, until at least mid-season, while Kohl Stewart and Jose Berrios are still years away by even the most optimistic projections. 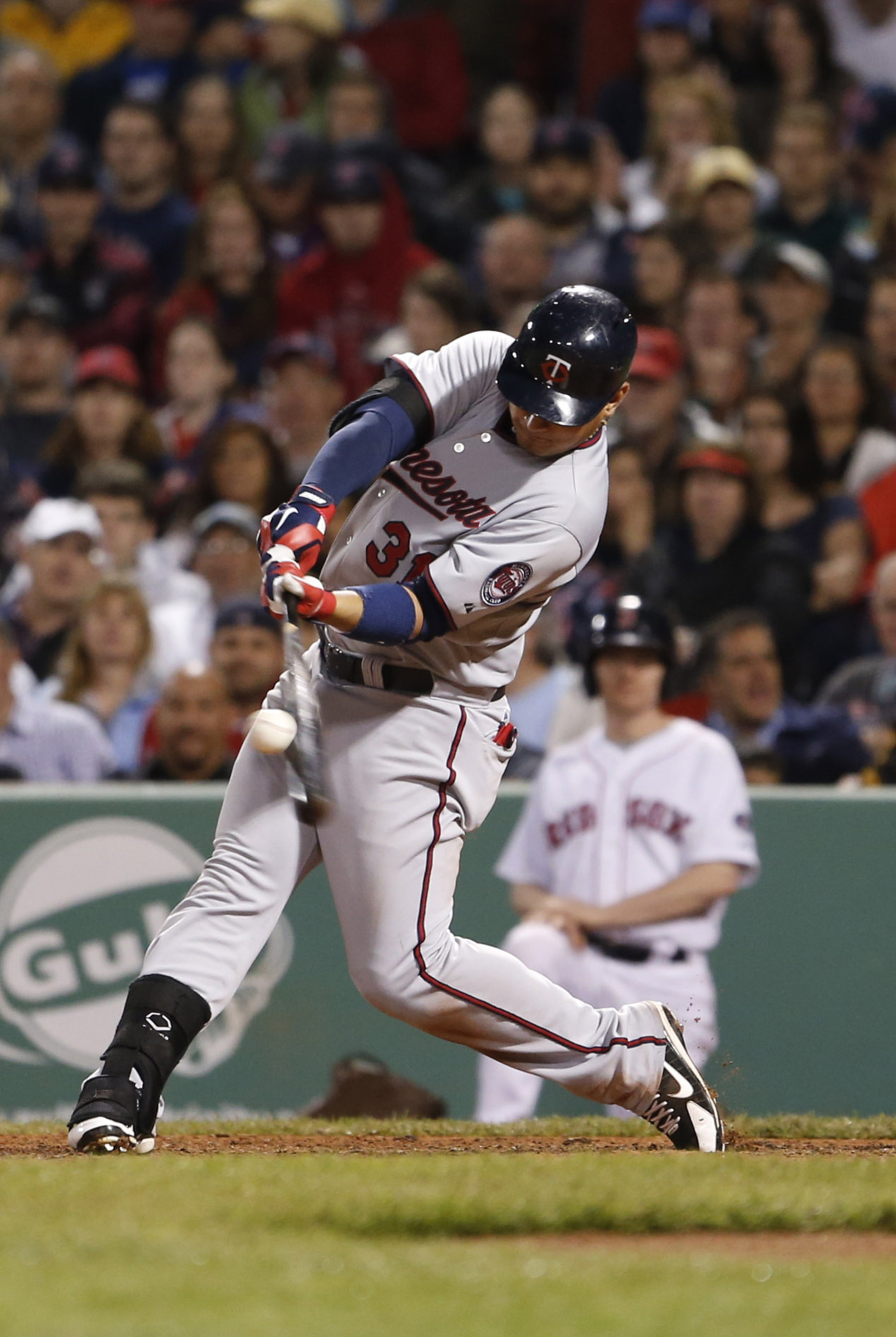 A year ago, Dozier was a failed shortstop who the club refused to call up when rosters expanded in September so as to give him some time to think, or something. In 2013, Dozier won the second base job outright out of spring training, set the club record for homers at the position, was a league average -- but streaky -- hitter, proved to be a capable defender, and was worth somewhere between three and four wins above replacement.

Arcia is a serious free swinger with a lot of trouble controlling the strike zone, but when he makes contact, the baseball just keeps going. At just 22, Arcia was supposed to stay at Rochester for most of 2013, but injuries forced the Twins to call him up, and he quickly became the club's second- or third-best hitter. Unfortunately, he also showed significant problems making contact and struck out in nearly a third of his plate appearances. If he can make more contact, his power will play anywhere, and he could hit 25-30 home runs as soon as next year. He will have to hit that much, as his defense is atrocious and eats up a lot of his value. In fact, both Fangraphs and Baseball Reference pegged him as being below replacement level due to poor defense.

When the Twins added Pinto to their 40 man roster before the season, he seemed like an odd choice, a 24-year-old, despite playing just 12 games above A-ball. But Pinto showed an advanced approach at New Britain and Rochester throughout 2013 and was rewarded with a September call-up, where he hit .342/.398/.566 in 83 plate appearances. There's no debating that he will regress significantly in 2014, as it was September, 83 PAs is a ridiculously small sample size, and his .440 BABIP is the 15th-highest since 1901 among players with at least 80 plate appearances. He was good, but it was against questionable competition for a very short period of time, and he was exceptionally lucky. That said, if his defense improves, Pinto is still capable of being one of baseball's best backups, or perhaps even a quality starter if Mauer proves incapable of returning behind the plate.

It was completely unfair to expect Aaron Hicks, a player who had never played above Double-A and who had struggled initially with each promotion before solving the level, to jump straight onto the club as the Opening Day center fielder. After an exciting spring training that was capped by a three-homer game, the Twins become overexcited and decided to rush their youngster and capitalize on the positive publicity he was generating. In doing so, they utterly and completely failed to put him in a position to succeed, and were unjustifiably petty and manipulative with Hicks when he predictably struggled. They then refused to recall him in September, much as they did with Dozier last year. He almost certainly will start 2014 at Rochester, as the Twins acquired Alex Presley for Justin Morneau in August, and is in serious danger of being passed by Byron Buxton and Eddie Rosario before he even gets another shot at the center field job. 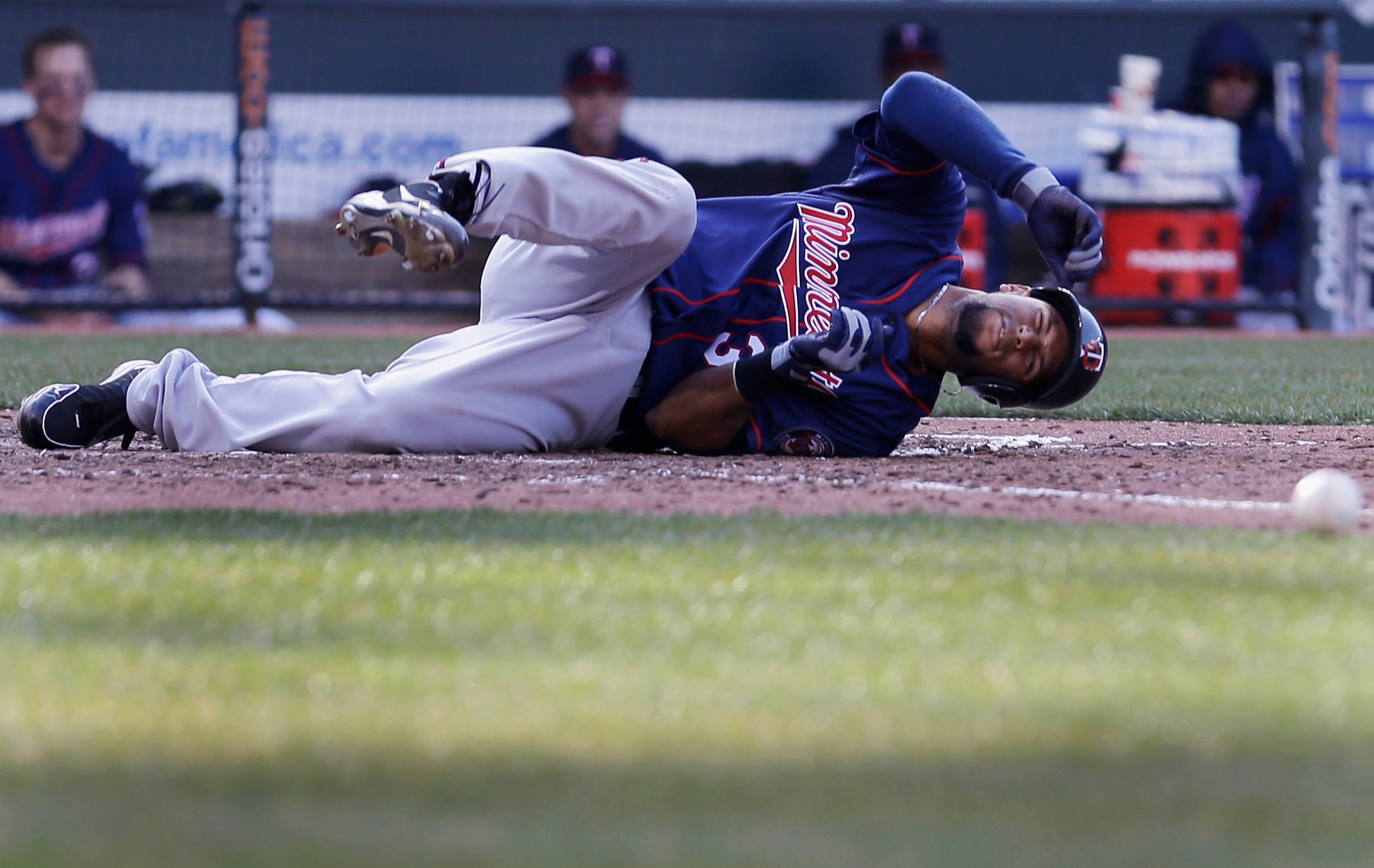 As long as we're focusing on failed shortstops and first round picks, let's talk about Trevor Plouffe, whose power surge in 2012 had Twins fans excited about him becoming a major building block in 2013. Instead, he hit the DL again with a leg injury, proved absolutely helpless against right-handed pitching (.240/.290/.373), and showed no hope of becoming an adequate defender at the hot corner. At best, as Aaron Gleeman has been pointing out for months now, he is the light side of a platoon at one of the corner positions, but he's stuck in an organization that steadfastly refuses to platoon anybody, because that reeks of data and complication.

Finally, as we continue our tour of the front office's shortcomings, it's a great time to talk about Josh Willingham. Willingham was fantastic in 2012, when he was uncharacteristically healthy. Even dumb bloggers like me could see that he would never be that good or that lucky again, and indeed, he was not. Hampered by a knee injury for much of the year, Willingham's power was sapped and his defense somehow got even worse. All of the suggestions that the Twins look into moving him at the trade deadline in 2012, or at least in the offseason, proved prophetic, and it's highly unlikely that Willingham will fetch any more than Justin Morneau did this year when the Twins inevitably trade him to a contender in need of a DH. 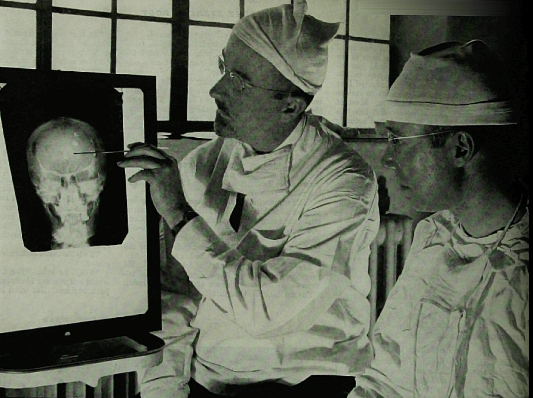 Don't get me wrong: Based on their track records, I think Terry Ryan and Ron Gardenhire deserve one last chance to make the Twins a winner. Yet, the more I hear Ryan downplaying the club's interest in pursuing free agent pitching, and see how clubs like the A's and Rays are succeeding by leveraging their talent to minimize the players weaknesses and play up their strengths, the more I'm convinced that the current Twins braintrust is not equipped to build another sustained winner in 2014 and beyond. The Twins used to have an advantage thanks to their tremendous scouting and their commitment to playing mistake-free baseball. Now every responsible front office melds scouting and statistical analysis and the Twins have been allowed to coast on their reputation for "doing things the right way." No matter how good prospects like Buxton, Sano, Rosario, Meyer, and Stewart are -- and they are very, very good--I have no confidence that the Twins brass will be able to build around them. Ultimately, I think it's going to take a near-total effort to clean house before things start to change at Target Field.

Parenthetically, I realize we've barely mentioned Joe Mauer's concussion. That's because I don't view that as something to be fixed. Mauer's head injury and the risk of it reoccurring are going to be what they're going to be. The Twins have a far better handle on that than any of us could, and we simply have to trust all the parties involved in making the decision to put him back behind the plate or find him a new home.

Ideally, the Twins go hard after pitchers and a shortstop in free agency and trade talks who won't just help the club inch back toward respectability in 2014, but will help them be competitive in the seasons that follow as well. The Twins simply can't afford to wait until they're ready to compete and then hope the market provides the right kind of player at exactly the right time who will actually want to come to Minnesota. As a Twins fan, I've resigned myself to the fact that that's not going to happen, and hope the new boss won't be the same as the old boss should the Twins finally pull the plug on this brain-dead leadership.

• Brisbee: The evolving definition of The Cardinal Way

• How to fix the: Marlins | Astros