Ranking the MLB players in SNL's 'Baseball Dreams' sketch from 1997

Sorry we were unable to get to baseball news today. We were busy critiquing a 16-year-old throwaway variety show sketch.

Share All sharing options for: Ranking the MLB players in SNL's 'Baseball Dreams' sketch from 1997

You probably have a lot of opinions on Saturday Night Live. You probably hate it irrationally, or love it irrationally, or don't understand why people find it amusing, or watch it pragmatically, occasionally finding it amusing. Personally, I adore SNL. I used to tape every episode (kids, ask your parents what "tape" means) and even went so far as to hand-write my own "episode guide" so that I could remember which sketches were on which episodes.

I was in it deep.

In 1997, a bizarre baseball-themed sketch popped up on the December 13 episode, hosted by Helen Hunt. The sketch is called "Baseball Dreams," wherein a young boy (played by Chris Kattan, because Chris Kattan was always good to have around if you needed a young boy or someone who looked like Kerri Strug) is visited in his bedroom by an increasingly-combative assortment of MLB players.

More: 'A-Rod Supporters' is a meme we can get behind

Oddly, though I am a lifelong baseball fan, this sketch aired during what is likely my biggest lull as a follower of the sport, a weird 1995-1999-ish semi-interested downtime that is probably related to me being a Giants fan. As a result, I have very little active memory of most of the "stars" who appear in this sketch, so I thought we should have some fun with Baseball-Reference and my shoddy memory and rank the participating players! Note: Ken Griffey, Jr. would be first on this list, but we'll go ahead and assume that Gregg Jeffries looking out the window and saying, "It's Griffey! He's naked in the yard again!" and a poster hung up over Kattan's character's bed don't count as Griffey "appearing" in this sketch.

[The video of said sketch exists nowhere for free, but you can read the transcript here and you can watch the full sketch online at this link if you have Netflix Streaming.]

Largely as a by-product of the fact that Will Ferrell's character doesn't exist (nor has he ever), Brogan comes in at the bottom of the list. He played some minor league ball in the '80s and would have made an impact in Japan if not for that failed drug test. But hey, bonus points for his sweet-ass Mastiff, Hannibal, a dog that doesn't bark on cue but nonetheless manages to scare Chris Kattan's character. Nice going, Hannibal.

Aw, Russ. I dunno how you made the cut for this sketch. Were you, like ... available? I'm a long-time Russ David apologist, but in retrospect, this inclusion sort of sticks out. The 1997 season was the only one Davis finished with a positive WAR and he did have his first of three(!) 20-homer seasons, but c'mon, man. To make an analogy: Russ Davis is the Russ Davis of members of the 1997 Seattle Mariners.

Of note: Russ is one of the few players who doesn't even get a throwaway line. He's introduced by Todd Zeile as, "We're professional ballplayers, too!" Seems about right. Technically, that's true.

This is the first person on this list (but not the first person to chronologically appear in the sketch) that I have no recollection of ever having played baseball. He supposedly played in the majors from 1991 to 1999, most of those seasons with the Kansas City Royals. Since he was not Bo Jackson, George Brett, Bret Saberhagen or Danny Tartabull, I had absolutely no reason to know who he was. So ... congrats, David! You were on that one show that one time!

On second thought, Wohlers should come in below Brogan for being the only character in the sketch to use a slur. This guy I also don't remember, even a little, but he was on a championship Braves team (you know; the one), so good for him! He was also an All-Star! Presumably for his 1995 season, where he had an ERA+ of 204 and a 90/24 K/BB. Pretty good, Wohlers. Pret-ty good. But I'm not letting that slur slide, even if it was written for you back in 1997 and you seemed uncomfortable doing it.

Also, that gut, posture and crew-cut. This is what every baseball player before the year 2000 looked like.

I don't know who this guy is, either. Seems like he had pretty good rookie and sophomore seasons for the Twins in 1995 and 1996, but that was like four whole years after the Twins won their most recent World Series so there's no earthly reason a National League fan would be expected to know who you were. Sorry. 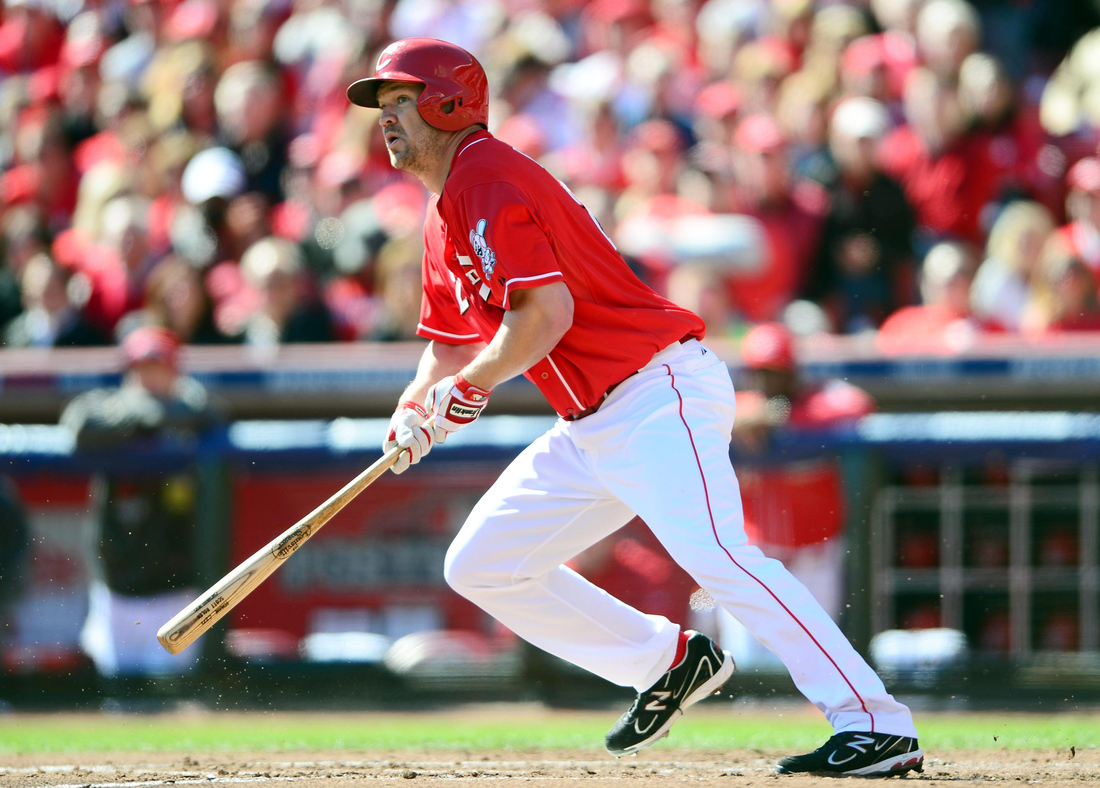 One player you remember is on this list somewhere, we promise. (Photo credit: Andrew Weber-US PRESSWIRE)

Ah, the first man out of the closet in the sketch. The guy who -- for better or worse -- does the heavy lifting in the sketch, which consists of his jersey (Mets) matching the cap that Kattan's character is wearing and reading awkwardly off cue cards. (This is a trend that persists throughout the sketch. One of the five tools of baseball is not "reading aptitude," clearly.) Todd Hundley was a two-time All-Star catcher! ... Who became a fourth outfielder when Mike Piazza came to the Mets. *tugs collar*

To the memory of no one west of the Rockies, Hundley had a couple of terrific seasons. But let's see who else was on that 1997 Mets team that SNL either couldn't get, or opted not to:

And also someone named "Butch Huskey"? There's no WAY that's not a typo. What's up with you, Baseball-Reference? This was also apparently the starting rotation: Bobby Jones, Dave Mlicki, Rick Reed, Mark Clark, Brian Bohanon, Armando Reynoso. The Mets were really weird in the late-1990s.

Is it awful that I more readily remember Carlos Baerga than Nick Hundley? What is WRONG with me?

I remember Todd Zeile as having a bunch of really valuable rookie cards according to Beckett Baseball Card Monthly. I also remember him as being a catcher, but I guess he was really only a catcher right at the very beginning of his career? I remember him in this way because that's what his rookie cards said. In those days, you could watch MAYBE 40 or 50 games on local television. Only away games from local teams, though. If your team didn't play the Cardinals, Todd Zeile was just that catcher on a baseball card.

How the hell did we ever manage to be baseball fans before the Internet?

I remember Gregg Jeffries from being a Donruss "Rated Rookie" and the dude whose autograph EVERYONE was trying to get at a Giants-Mets game I went to at Candlestick. I remember being disappointed that I only got Gary Carter's autograph. Please remember that I was definitely an idiot. Jeffries had a much better career than I remember. He was a two-time All-Star, finished both sixth AND third in Rookie of the Year voting in consecutive years (he was a rookie TWICE!) and had a career OPS+ of 107 in 14 years in the majors.

And here I thought he flamed out spectacularly or something. 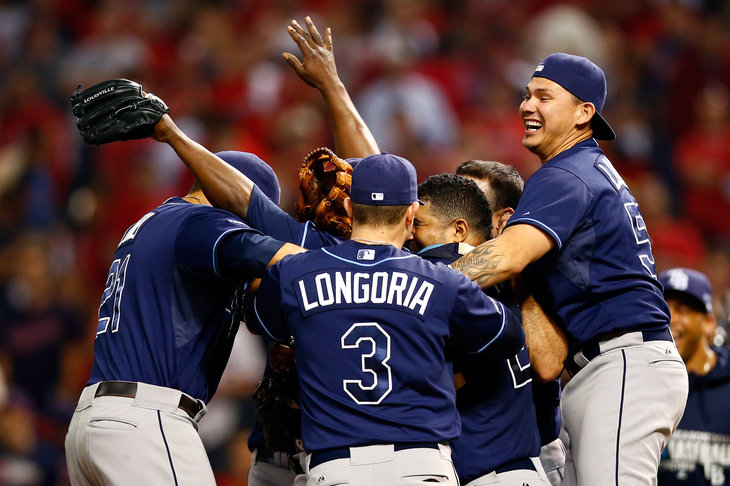 The fun-loving Rays took care of business in Cleveland on Wednesday. Now, on to Boston ...

Fassero is one of three players in the sketch to show up wearing jeans. Also one of two to show up smoking a cigar. He finished ninth in the Cy Young voting in 1996! I do not remember Jeff Fassero beyond recognizing his name.

I thought I remembered Grudzielanek, and I certainly remember his name, but as I looked through BR trying to find when he was on the Twins, I realized somewhere along the way my brain had combined him with Doug Mientkiewicz. So maybe I have color blindness, but for players with "z" in their names. On the other hand, I was able to correctly spell "Mientkiewicz" from memory, so who's the real dummy here?

Rondell White may be second on this list in terms of career WAR, but he is definitely first in my heart in this sketch, purely for showing up wearing jeans and an "EXPOS" T-shirt and giving zero effs. He's the lone baseball player not to be wearing a jersey. Russ Davis wears an official team jacket, so he is still more appropriately dressed than White. For the record, I do remember Rondell White quite well. Probably because he had a better career than all but one other person in this sketch.

And here, finally, is the top of the heap. Far and away the best player contained in the sketch -- heck, in terms of career WAR, he lapped the second-best player present twice over. And yet 1997 was his first full year in the majors. He won the NL ROY but I'm sure no one at SNL could have foreseen that he'd have a borderline-Hall of Fame-worthy career. Of course, I'm sure very few people at SNL were thinking about anything of the sort. Bonus fun fact: Rolen earned $150,000 in 1997. I would wager that every member of the principal cast of SNL and nearly every member of the writing staff earned more than him that year. Think about that. Just think about it.

Anyway, there you have it. Scott Rolen: the best baseball player in the history of this one 16-year-old comedy sketch. Not too bad.

• Rays roll on to ALDS with shutout of Tribe

• Were A-Rod's supporters hired to protest? | Turns into meme